Former female farmer of the year brutally attacked on farm

Mimie Jacobs was brutally stabbed in the head by three men who broke into her farm on Saturday night. 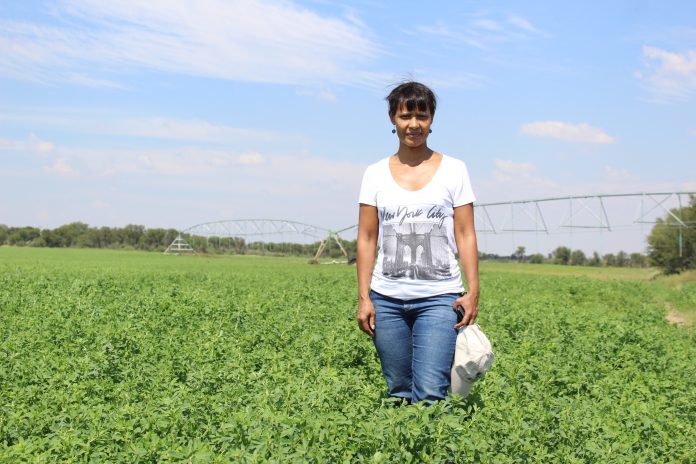 Local farmer Mimie Jacobs was brutally stabbed on Saturday night in a farm attack that occurred on her farm Rosemead, just outside Bloemfontein, reports Bloemfontein Courant.

Jacobs was stabbed by three men who were armed with knives. According to the victim’s brother, Graham Jacobs, at around 8pm, the assailants kicked open the door of her farmhouse and attacked her with a knife.

“They wounded her on the head and part of the knife broke off and stayed in her skull. They then tied her up with an electric cable and forced her to make an e-wallet payment. They then threatened to rape and kill her if she did not give them the pin number, which she did,” explained Graham.

After they received the money she managed to escape. She then ran to her neighbour, who called an ambulance and the police.

“She was taken to Pelonomi Hospital at around 11pm, and was there until around 7am this morning without receiving any assistance. We then decided to take her to Mediclinic where they managed to assist her immediately. The hospital removed the metal bit of the knife stuck in her skull quickly and she did not require extensive surgery,” he added.

While speaking to Bloemfontein Courant, Graham added that the victim was doing well regardless of the incident and that they now had the traumatic task of cleaning her home, which was drenched in blood from the attack.

“Any person with information or enquiries concerning the case is requested to call Sergeant Monaheng Johannes Masiu at Soutpan Detective Branch,” said Mbambo.