A resident found the carcass inside a bloody bag after noticing blood seeping under a nearby resident's door. WARNING: Disturbing content may upset sensitive readers. 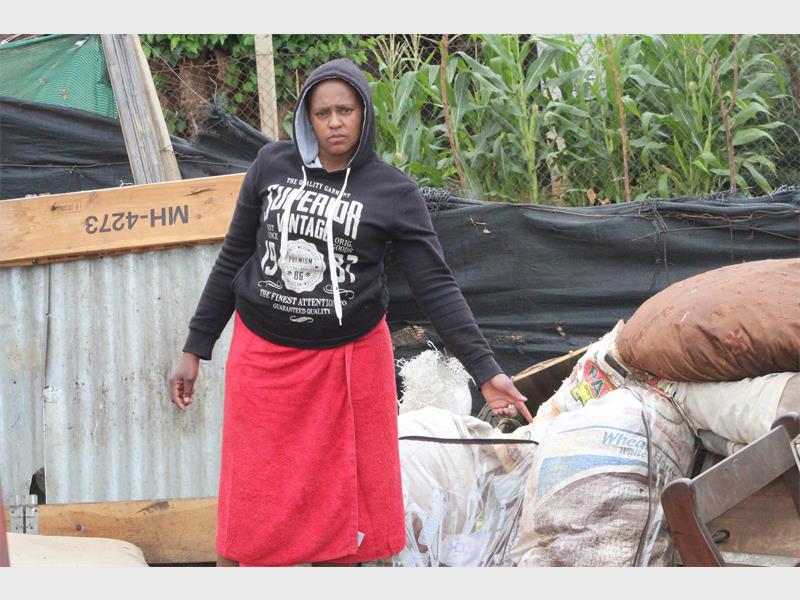 Paulina Nhlapo stands next to the bag in which the slaughtered dog was found. Images: Southern Courier

Officers from Mondeor Police Station are investigating a case of bestiality after a man allegedly raped and killed an eight-month-old female dog in Jackson informal settlement on Sunday.

The suspect, believed to be 35 years old, left residents of the informal settlement infuriated after the dead dog was found on his property, reports Southern Courier.

One resident, Paulina Nhlapo, said in the early hours of March 16 she noticed blood leaking from underneath the door to the man’s room.

“I called a neighbour to come and witness what I was seeing,” she explained. 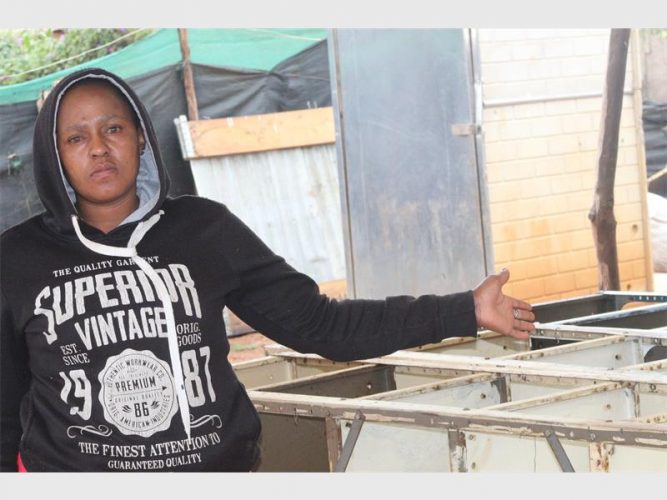 Paulina Nhlapo, who found the dead dog, points to a ramp that she believes the suspect used to hold down the animal while he allegedly raped her.

She told Southern Courier that, although the room was dark, they were able to make out a pool of blood.

“We entered the room and to our surprise, there was blood all over.

“We thought a person had been murdered as there were several used condoms on the floor,” said Nhlapo.

“We saw a bag from which blood was seeping and when we opened it we saw a slaughtered dog that was known to us.”

Nhlapo said the man had built a ramp that she suspects would hold the animals down while he raped them.

Nhlapo and her friends called René Parker from Cause4Paws and the police for assistance.

Parker attended to the scene, and immediately called the Johannesburg Society for the Prevention of Cruelty to Animals (JSPCA), who came to collect the dead animal.

JSPCA senior inspector Ronald Ramalata said they gathered all the necessary evidence and were awaiting the post-mortem report.

Parker said she was utterly devastated by what she saw.

“We have had animals going missing for about two years now and some of our own live at the Cause4paws Care Clinic in Jackson.

“I put up flyers and posted to all media, handed out flyers and just couldn’t understand why we could not catch the culprit,” said Parker.

Mondeor SAPS communications officer Captain Dube said they hadn’t arrested anyone, but that the investigation was ongoing.