Victim was reportedly a father of two, the driver meanwhile has been charged with culpable homicide and drunken driving 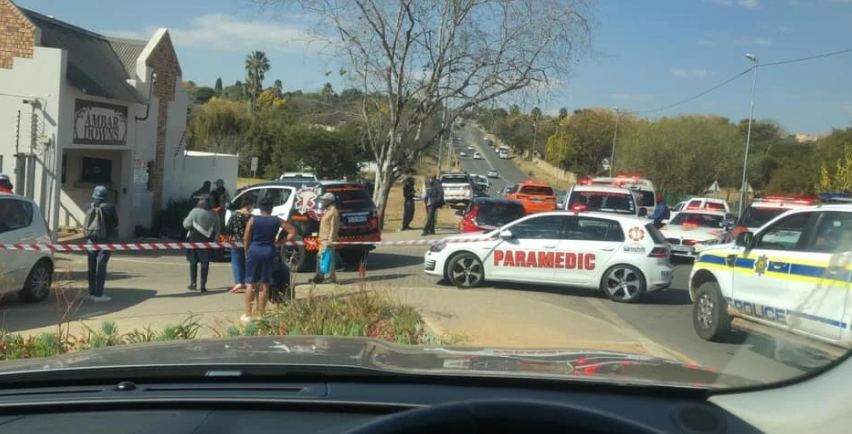 A cyclist who was on a pavement in front of a complex in Fourways, Johannesburg, has died after he was struck by a BMW and dragged down the road.

The incident happened on Uranium Road in Witkoppen, Fourways, in front of the Ambar Downs residential complex on Thursday just after 13:00.

Emer-G-Med paramedics were the first to arrive on the scene.

According to its chief operating officer Jurgen Kotze, its team was alerted by members of the public that a cyclist had been involved in a “significant accident”.

“A 37-year-old man was riding his mountain bike on the pavement and a BMW came around the corner and the driver lost control and struck the cyclist. Our team found the man lying on his back still trapped under the car. He was alive but in a bad condition. We despatched our acute critical retrieval team to assist, but the man was declared dead on the scene about 40 minutes later.”

According to the Johannesburg Metro Police Department, the driver of the BMW has been arrested for drunken driving and culpable homicide.

Senior Superintendent Wayne Minnaar confirmed the incident to News24, saying the cyclist and a pedestrian saw the BMW speed toward them.

“The pedestrian managed to jump out of the way but the cyclist unfortunately couldn’t get out of the way in time. He was run over and dragged down the road.

“The driver of the BMW was arrested and charged at the Douglasdale police station for culpable homicide and drunken driving.”

The identity of the victim has not yet been released, but a resident of the complex said he was reportedly married and had two children.