'The TMPD would like to warn motorists to be extremely vigilant, especially when driving at night.' 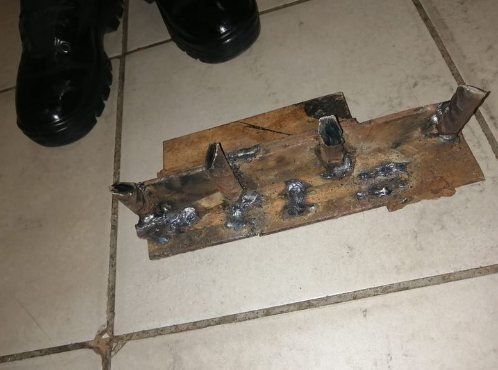 The Tshwane Metro Police Department (TMPD) has warned motorists to be on the lookout for metal spikes placed on the roads.

While doing patrol duties along the N4 Highway near the Diamond Hill Toll Plaza on Friday Tshwane Metro Police Department members discovered metal spikes that were placed on the road.

“These spikes are usually placed by criminals to force vehicles to stop after driving over the spikes. Motorists are then attacked by these perpetrators, especially at night. Targeted areas are mostly highways and quiet roads,” said the department.

“The TMPD would like to warn motorists to be extremely vigilant, especially when driving at night. The TMPD will continue to prioritise patrols along such roads.”

No arrests have been made at this stage, and the department has called on anyone with information regarding this kind of crime to make contact.

Last month, the TMPD warned motorists to look out for two men driving a white VW Polo with a blue light impersonating officers.

“They are dressed in Metro Police uniform and are pulling victims off the road and then hijack them. They also take the victims with them and drop them off in another location,” said the TMPD.

Most incidents were reported in the Pretoria East.

“When stopped by a suspicious unmarked vehicle, drive to a safe area or the nearest police station.

Motorists have a right to request to see an appointment card from the officer when stopped.

“The Tshwane Metro Police Department is working very hard to apprehend these criminals. We urge members of the public to work together with the Police.”