His arrest has left his colleagues in the National Prosecuting Authority and law enforcement reeling. 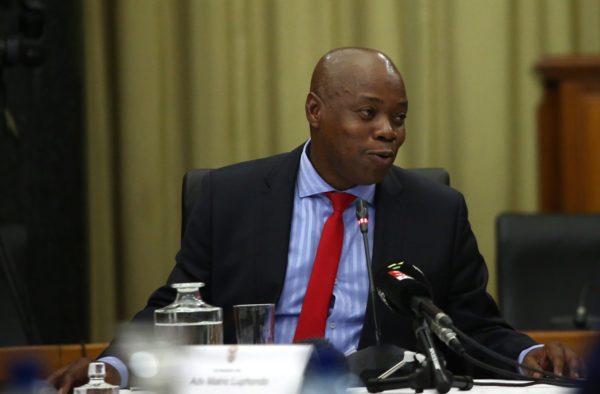 Three years after he vied for the position of South Africa’s top prosecutor, state advocate Matric Luphondo has been arrested for alleged corruption.

In addition to applying for the position of National Director of Public Prosecutions, Luphondo had also previously been tasked with monitoring the evidence that emerged from the state capture inquiry.

His arrest has left his colleagues in the National Prosecuting Authority (NPA) and law enforcement reeling.

In a statement released on Tuesday evening, the Hawks confirmed three suspects “including a lieutenant-colonel, 45, from the Hawks in Gauteng, the head of the Department of Human Settlements in Mpumalanga, 51, and a senior member of the NPA, 52”, would appear in the Pretoria Magistrate’s Court “following their arrest on corruption to withdraw a case of fraud and contravention of the Immigration Act”.

“The allegations are that the lieutenant-colonel was paid a gratification of R28 000 of R100 000 to assist in getting the case withdrawn against the accused person. The matter was then reported to the Serious Corruption Investigation Unit at head office and an operation was conducted.”

The Hawks said “a senior member of [the] NPA in Mpumalanga” – who News24 has confirmed is Luphondo – also “approached the complainant with a similar request of having the case withdrawn against the accused person”.

“The NPA official offered and handed over a gratification of R5 000 and an 18-year-old bottle of Glenfiddich Scotch whiskey”.