Free State police are investigating a case of human trafficking after a strange woman grabbed a toddler and walked out of store. 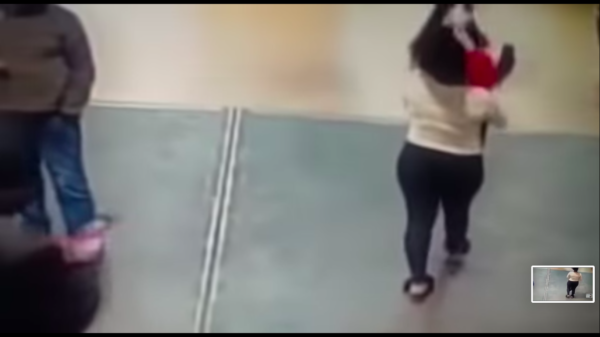 Video footage has emerged of a woman grabbing a toddler in broad daylight at a supermarket in Sasolburg, Free State.

In the video the woman lifts the three-year-old boy from the rails where he had been playing and almost makes it out of the shop while the mother was paying at the till. When the mother of the child realises, she begins to run after the woman, stopped her and managed to get her son back within seconds.

Police spokesperson Motantsi Makhele said a 24 year-old woman was arrested on Friday and will appear in the Sasolburg Magistrate’s Court tomorrow on a charge of kidnapping.

“Her son was playing next to her. When she turned around to take her card from her handbag she noticed that an African lady was carrying her son in her hands in front of her. The complainant ran to the African lady,” Makhele said.

According to police, when the mother asked the suspect what she was doing, she laughed and replied that she was leaving the store with her child.

Police said they were investigating a case of human trafficking and appeal to the public to assist with reporting such incidents.

“We don’t frequently receive these types of cases. As and when we have such isolated cases, the perpetrators are arrested most of the time through the assistance of the community,” he said.