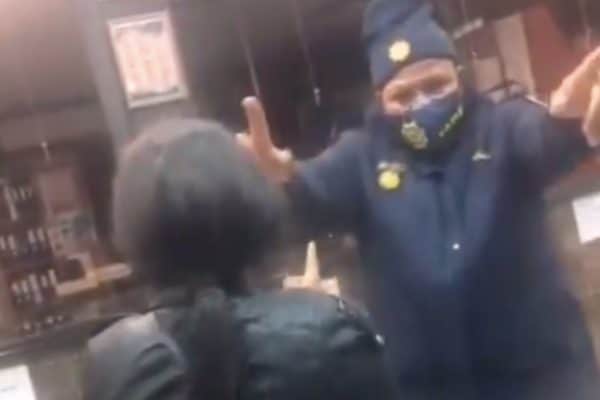 Eastern Cape SAPS say an investigation has been ordered after a video surfaced on social media showing a confrontation between two women and the Motherwell police.

“This office confirms receipt of the alleged video, which is doing rounds in the social media networks.

“South African Police Services management has therefore ordered an urgent investigation into the issue, in order to establish the facts behind the incident,” spokesperson Brigadier Tembinkosi Kinana told News24 on Saturday.

Kinana added that at this point, the police did not want to speculate on the issue until the outcome of the investigation was finalised. Eastern Cape police said that contact would be made with all affected parties as part of the ongoing investigation process.

Sinalo Phambaniso took to her social media platform to share the video of a confrontation between herself, a friend and police members.

In the video, police ask the two complainants to leave the station, and a tussle ensues before the doors are closed on the women.

Phambaniso told News24 on Saturday that the incident occurred on Friday evening at the police station shortly after the vehicle of the e-hailing service they were in was hijacked.

“We were in [Indriver], and we got hijacked at gunpoint, one of our friends had a panic attack, and guys from the area… they came out and asked what happened. We told them the story. We asked the guys to assist us to get back to Summerstrand,” she explained.

She said this occurred before the 23:00 curfew. In addition, News24 saw the e-hailing app request, which showed that Phambaniso and her friends requested a ride before curfew.

Phambaniso further explained that the InDriver driver agreed to go to the police station with them because their belongings were also taken during the alleged hijacking.

The lady dismissed us and went to the station commander to kick us out. We were just begging for the police report to be filed. They also said that they wouldn’t take us home because it doesn’t concern them,” she alleged.

Phambaniso added that one of the officers had a baton, while another had pepper spray.

Phambaniso alleged: “They were pushing us, hitting us and spraying pepper spray, telling us to get out. We were only cussing in the video because they were doing the same and hitting us. We asked them where we are going to go, they did not care and kicked us out.”

The women had to travel home with a man who was not known to them. According to Phambaniso, no one from the Eastern Cape police management had contacted them yet.