Three people sitting in a taxi were shot dead when another taxi drove by and opened fire. 76 people have died since January. 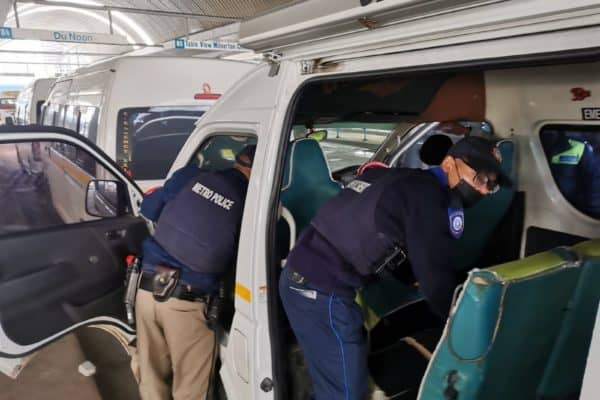 Additional police officers have been deployed to Mew Way in Harare, Cape Town, after three people were shot and killed while a five-month-old was wounded in a minibus taxi on Thursday. Photo for illustration: Twitter/@CityofCT

Additional police officers have been deployed to Mew Way in Harare, Cape Town, after three people were shot and killed while a five-month-old was wounded in a minibus taxi on Thursday.

Police spokesperson Colonel Andrè Traut said the three were sitting in the taxi when another taxi drove by and shot at them.

“Two males, aged 32 and 25, and one female, aged 22, sustained fatal gunshot wounds, while a 29-year-old female and a five-month-old baby were wounded and admitted to a local medical facility.

“We have reason to believe that another child who was a bystander was also wounded and taken away for treatment,” added Traut.

On Wednesday, three people were shot and wounded when a gunman opened fire on their taxi on the N2 en route to Cape Town.

News24 reported that Wednesday’s shooting was suspected to be linked to ongoing taxi route rivalry.

The shootings come days ahead of the threatened closure of some taxi routes due to relentless attacks in which 76 people have been killed since January.

Western Cape Transport MEC Daylin Mitchell has gazetted his intention to close a route between Paarl and Bellville because of a loading rights dispute which has escalated.

Traut appealed to anyone with information on the latest shooting to contact the police.

“I am outraged by yet another taxi shooting in the province, which resulted in the loss of life of commuters, and the injury of other bystanders.

“This unchecked murderous behaviour must come to an end, with all those responsible being arrested and prosecuted to the full extent of the law.

“I urge all residents with any information on this shooting to please come forward to the authorities with information.

“The SAPS and Western Cape government are of common resolve that all those responsible must end up behind bars. This must end immediately,” Winde said.