ActionSA's Tau cited the principal's 'dereliction of duty in failing to report the incident timeously'. 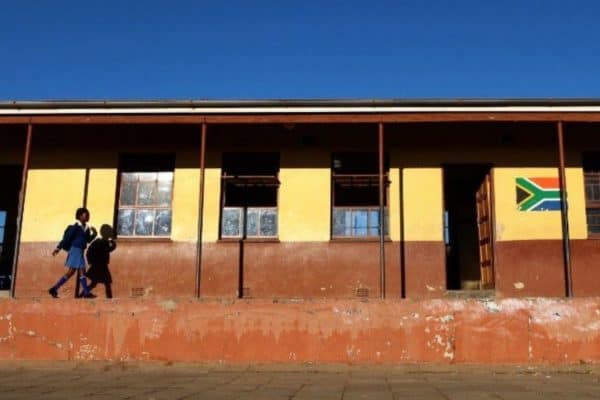 Lesufi said ahead of the visit that “we keep our schools safe for all – from the learners to the educators and non-teaching staff, especially those who are vulnerable”.

His visit to the school served as an opportunity to engage with stakeholders “to get to the bottom of this matter and ensure we keep predators of young children as far away from our schools as possible”.

On Tuesday, Lesufi urged members of the public to step forward and assist law-enforcement agencies with information pertaining to the alleged rape.

The Grade 1 pupil asked to use the bathroom and is believed to have been raped by a general assistant at the school. She reported the incident to her mother the following day.

ActionSA’s Tshwane mayoral candidate Abel Tau called on Lesufi to immediately suspend the principal on the grounds of “neglect and dereliction of duty in failing to report the incident timeously”.

“If the allegations are indeed true, the principal’s conduct amounts to a betrayal of the duty of care owed to the young child, an innocent victim of sexual predation, and every other child at the school,” Tau said.

Tau visited the school on Thursday morning and was shocked to learn that the prime suspects had not been placed on suspension. He said this was endangering other pupils at the school.

“It is unacceptable that the education department and the school have not taken parents and the community into their confidence regarding this incident – which took place over a week ago.”

In response to this, Gauteng education spokesperson Steve Mabona simply said Tau “should know better on how to remove an employee from work”.

This follows after President Cyril Ramaphosa declared gender-based violence (GBV) as the second pandemic in the country.

However, she said it was troublesome that very few cases made it to a courtroom.

“When people have to report, they often face secondary victimisation or they meet a police official who’s unfriendly, who doesn’t want to open a case. It’s a really big concern at the moment,” Bodenstein added.

She said strides had been made to combat these issues, such as talks about a package of comprehensive post-rape care services for survivors, a way to report a rape at a hospital or local clinic, as opposed to a police station.