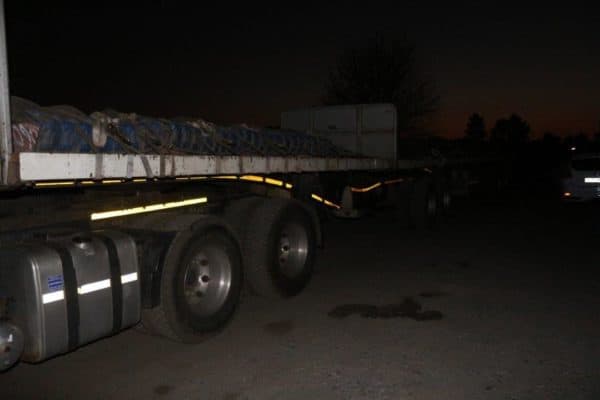 This follows after authorities responded to a tip-off which lead them to an industrial site near Vosloorus where they found four stolen semi-trailers parked and unattended.

The trucks – carrying copper – were reported stolen in Benoni while en route from Zambia to Durban.

“Criminals managed to unhook the two truck tractors and misappropriated the four semi-trailers with the articles.”

Metro police officers then reclaimed the abandoned trucks – with the copper still intact – with the assistance of the specialised task team.

Thepa said no suspects have been apprehended at this stage, and called on the community to assist.

Anyone with information pertaining to the theft may contact the Ekurhuleni Metro Police Department Precinct Stations, or Ekurhuleni Anti-Fraud hotline on 0800-102-201.

Meanwhile, stolen cellphones worth R980,000 – along with two bicycles – were recovered by a multi-disciplinary operation task team from a house in Durban.

Colonel Thembeka Mbele said: “It is alleged on the 13 September 2021 at 17:00, three armed suspects entered a store at Church Street in Pietermaritzburg and took a number of cellphones and fled the scene.”

Authorities responding to the scene traced the stolen goods to a house in Plessislaer. The suspects fled the scene when officials stormed the house.

While there, officials also received a tip-off for hijacked vehicles, taken from the Ixopo area. The vehicles were reportedly spotted along Umlaas Road.

“When the suspects saw the police vehicle approaching, they abandoned the vehicles and fled the scene on foot”, Mbele said.

“Both the hijacked vehicles were seized by police. The suspects are still being sought.”