Rulashe said she and her family are undergoing counselling due the trauma the incident has caused. 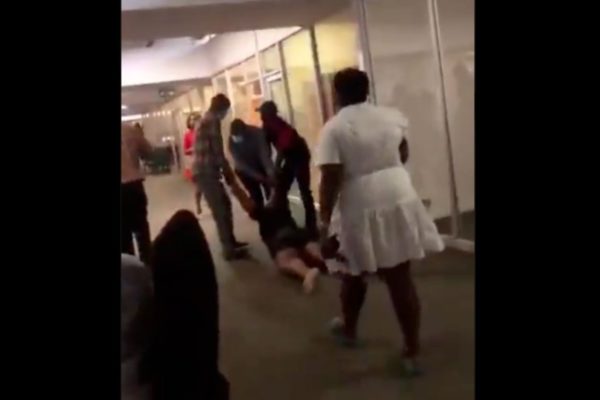 Congress of the South African Trade Union (Cosatu) has condemned the “malicious” attack on an Eastern Cape councillor, saying it was “humiliating and dehumanising”.

The video show Rulashe being dragged on the floor by armed men who were allegedly instructed by the head of security to kick the councillor out the premises.

Cosatu said they were shocked and appalled by the malicious act on Rulashe.

“The act by those purporting to be security personnel wearing plainclothes stripped the councillor [of] her dignity in the process.

“The determination and the arrogance displayed by those who dragged her is beyond imagination”, the union said in their statement.

People were especially appalled by the vicious act amid the high rate of GBV in South Africa.

Cosatu said they learnt that a woman claiming to be head of security instructed the men to forcefully take the councillor out if she refused their instruction.

“No amount of words can justify the vicious attack on Councillor Rulashe.”

The Chairperson of the Select Committee on Cooperative Governance and Traditional Affairs (Cogta), Water and Sanitation, China Dodovu, also criticised the assault on Rulashe.

“The incident in question is barbaric and uncalled for on many grounds, but the most nauseating being the manhandling of a female public representative by male security officers.

“This is concerning in the context of ever-increasing gender-based violence in the country, which requires a concerted effort to overcome,” Dodovu said.

The ANC in the Eastern Cape called for “decisive action” against those involved in the “abhorrent display of gender based violence.”

‘My kids are not fine’

Rulashe told Newsroom Afrika she and her family are undergoing counselling due the trauma the incident has brought upon them.

“We are still going for counselling. My kids are not fine, they have been crying since yesterday. My kids are traumatised,” she told Newsroom Afrika.

TimesLIVE reports at give people have been arrested and appeared in the East London Magistrate’s court on charges of assault, intimidation and malicious damage to property.