MMC Michael Sun is blaming criminals elements that are part of the wastepicking groups. 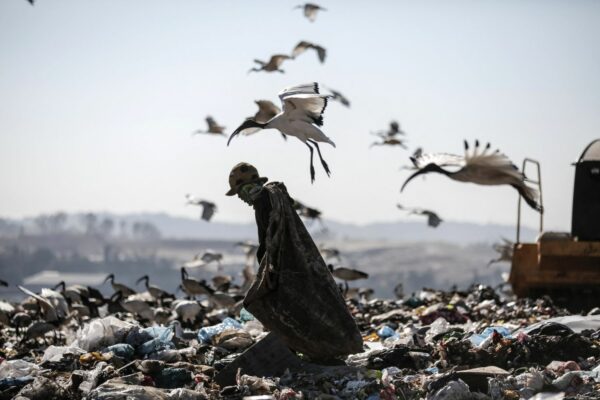 A reclaimer wades through the waste at Robinson Deep landfill on 29 June 2018. Photo: GULSHAN KHAN / AFP

Two informal recyclers were shot dead at the Robinson Deep landfill site, south of Johannesburg, in what is thought to be a turf war between rival wastepicking groups.

The two men were shot on Thursday evening.

“Senseless violence has taken the lives of two individuals trying to eke out a living in the informal waste economy,” said Sun.

Sun blamed criminals that have become part of the wastepicking groups.

“Pikitup has been trying to provide conducive environments in support of the waste recycling sector but criminal element continues to filtrate into our facilities,” he said.

Police are investigating a case of double murder.

Sun said his department will be intensifying security measures at the landfill site.

“We will now request for the assistance of police to conduct random searches for weapons and other contrabands on persons entering our facilities and ensure that all re-claimers operating on- site adhere to the rules and regulation of the site,” he said.