The MEC says it is his mission to reverse everything Verwoerd has done to SA's education system, vowing that other names like Jan Smuts will also fall. 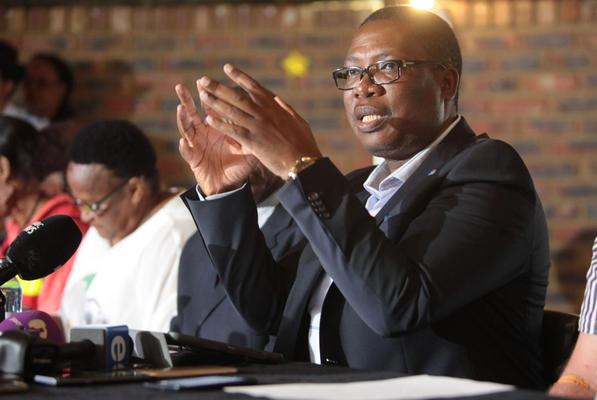 Making the announcement, Lesufi tweeted that his mission “is to reverse everything this man called Verwoerd has done to our education system”.

“Others names like Jan Smuts will also fall,” Lesufi stated.

Today, we formally approved the renaming of Höerskool HF Verwoerd to Rietodale Secondary School. My mission in this world is to reverse everything this man called Verwoerd has done to our education system. Others names like Jan Smuts will also fall #NomoreHöerskoolHFVerwoerd pic.twitter.com/pUdoq3KkQJ

According to the statement the MEC posted on social media, the school began the process of changing its name in 2016 and that it had conformed to all procedures and had consulted widely on the name change to Rietondale Secondary School.

In 2016, the Congress of SA Students (Cosas) accused the provincial department of education of dragging its feet when it came to resolving issues of racism in schools and renaming of schools named after apartheid leaders.

The new name, according to the statement Lesufi posted, was chosen by parents and that the school had received written approval from the MEC for the name change.

Twitter users took to the platform to laud Lesufi for the name change.

Leadership!!! Thank you so much for your dedication. If we can just have half the members in parliament to think and have the same urgency you have, not only in education but in other sectors as well, singaya kude!

One user tweeted in response to the MEC that though they “hate” the African National Congress (ANC), which Lesufi is a member of, ” I like how [you] [Lesufi] squeeze the balls of this [A]frikaners”.

In response to another user, Lesufi reiterated that other name changes are imminent.

Indeed! Others are also coming https://t.co/ofAooyjk20

A suggestion was made that the term höerskool should also be done away with and for schools “to be termed secondary schools” to which Lesufi responded: “Let’s deal with it urgently.”

Let’s deal with it urgently https://t.co/i9K6QNH07Q

Another user who claimed to be a former pupil of now Rietodale Secondary School expressed their happiness of hearing of the name change.

As a former learner of the school, it's great to hear and see… Me and my high-school mates would always talk about how this should happen but we were just kids with no specific power. Dankie Mr Panyaza Lesufi ????????

Responding to another user who had questioned Lesufi why he was not focusing on improving basic education, the MEC tweeted: “[A]nd leave apartheid names? That’s what you are trying to say? O wrong shame, actually in township lingo we say ‘o doile’ ask Verwoerd for interpretation.”

Verwoerd is commonly referred to as the “architect of apartheid” due to his strict enforcement of institutionalised racial segregation and separate development during his time in power as South Africa’s last prime minister.