Voters, including ANC ones, express hope for change after decade of state capture. Pensioner Linda Miya (68) voted at Dunoon’s Zusakhe Early Child Development Centre polling station. A mother of two children and grandmother of four, she said she had been voting since 1994. Miya said she voted for the ANC to give Cyril Ramaphosa a chance to lead. She said he must do better than the other leaders of the ANC. Photo: Peter Luhanga

South Africans queued to vote in the sixth general elections since the start of democracy 25 years ago. GroundUp reporters spoke to some of them. 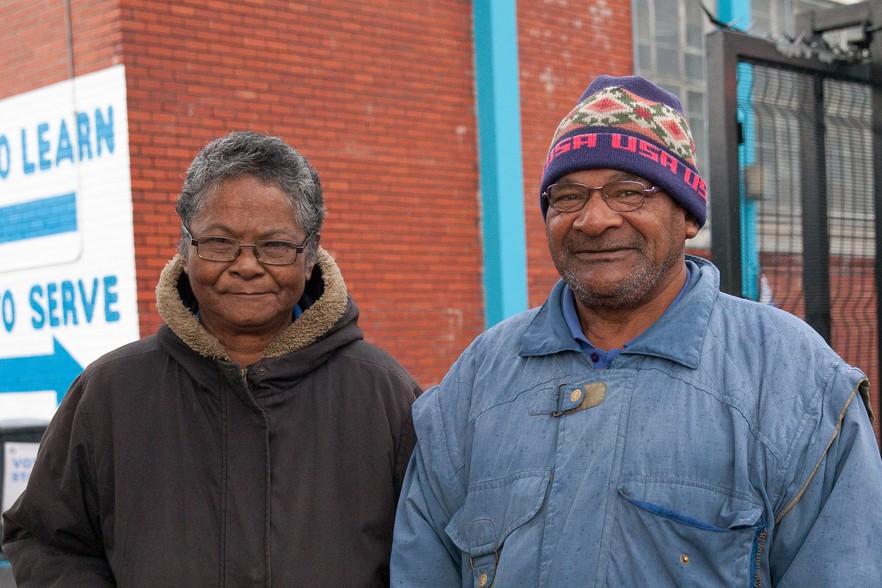 Abraham Gabriel Lopes (65) and his wife Delilah (66) said they would both vote for the Democratic Alliance nationally and provincially. (Photo: Ashraf Hendricks)

“It’s my pleasure to vote,” said Abraham. He said he was voting for the DA because he always voted for the NP, and “now they’ve just changed their name”. He said that DA leader Mmusi Maimane was a “great man”. Abraham hoped that his vote would create change. He and his wife have lived in Bonteheuwel for about ten years and have been married for 30 years (longer than South Africas democracy!). They were photographed outside the polling station at Modderdam high school in Bonteheuwel. 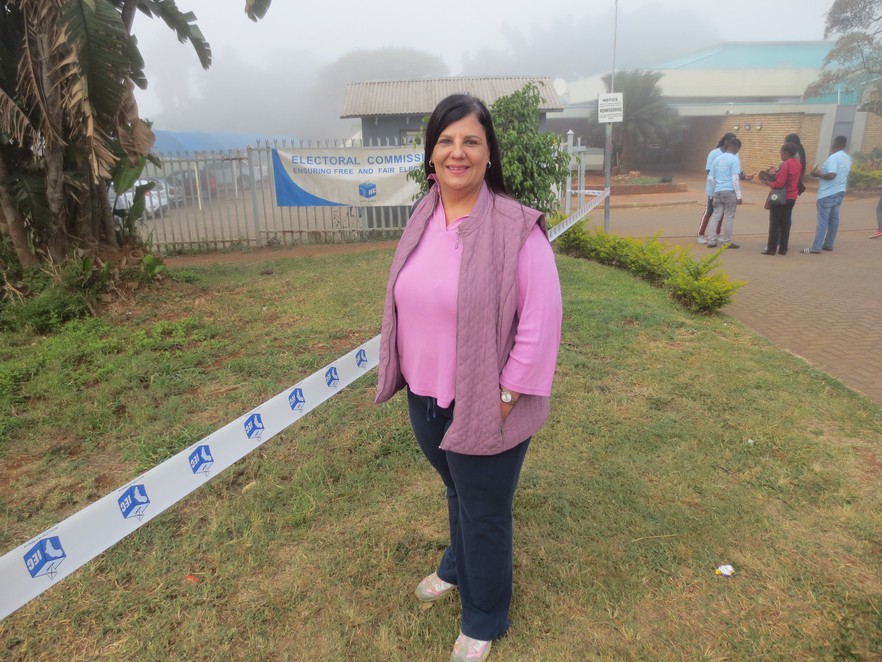 At Makhado Library in Louis Trichardt, Renee Fensham was among the first to cast her vote, a few minutes after opening time. “I am very positive that after voting there will be a change in South Africa. I think today is the time for everyone to vote for change,” she said. (Photo: Bernard Chiguvare) 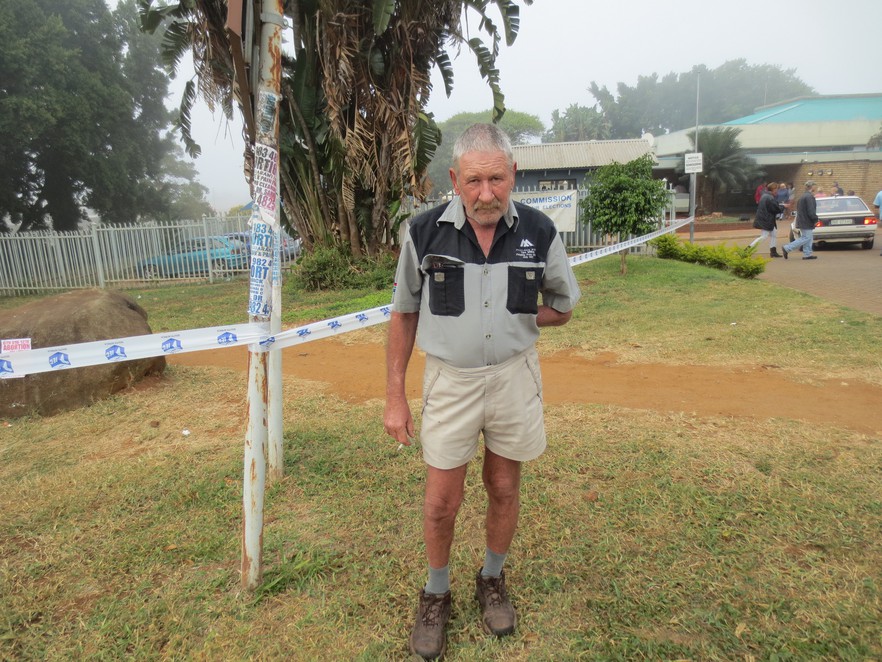 Also at Makhado Library, Theunis Botha said: “Whoever emerges the winner of today’s elections should really deal with corruption. My vote is to try to let my voice be heard about corruption.” (Photo: Bernard Chiguvare) 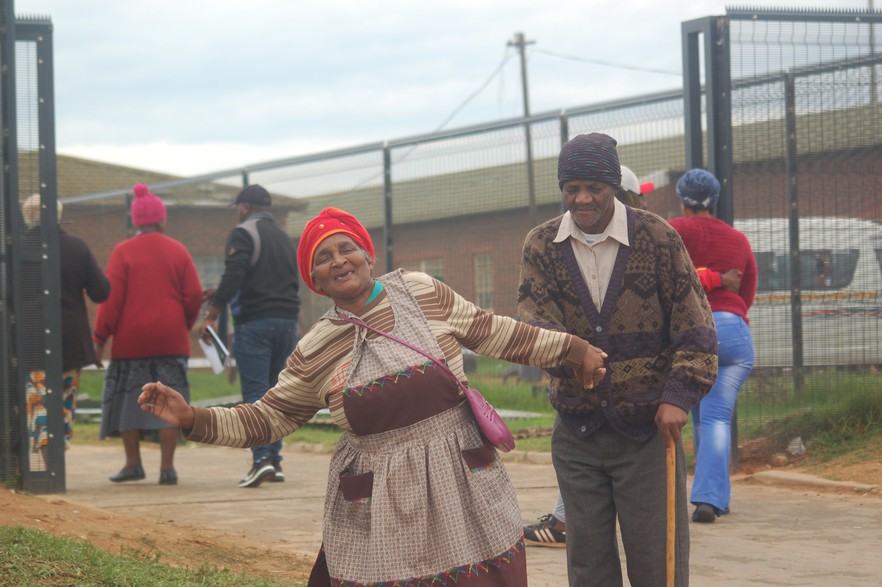 Nomeisie Mdyoki (63) and her husband, Ndongisile (74), voted at Phaphani High, KwaNobuhle in Uitenhage. Mdyoki said she woke her husband at 5am and made coffee for him. At 8:30am transport arrived to ferry them to the voting station. (Photo: Thamsanqa Aubrey)

The rain started pouring at about 11am. People started leaving the voting station in droves. Soon it was deserted. 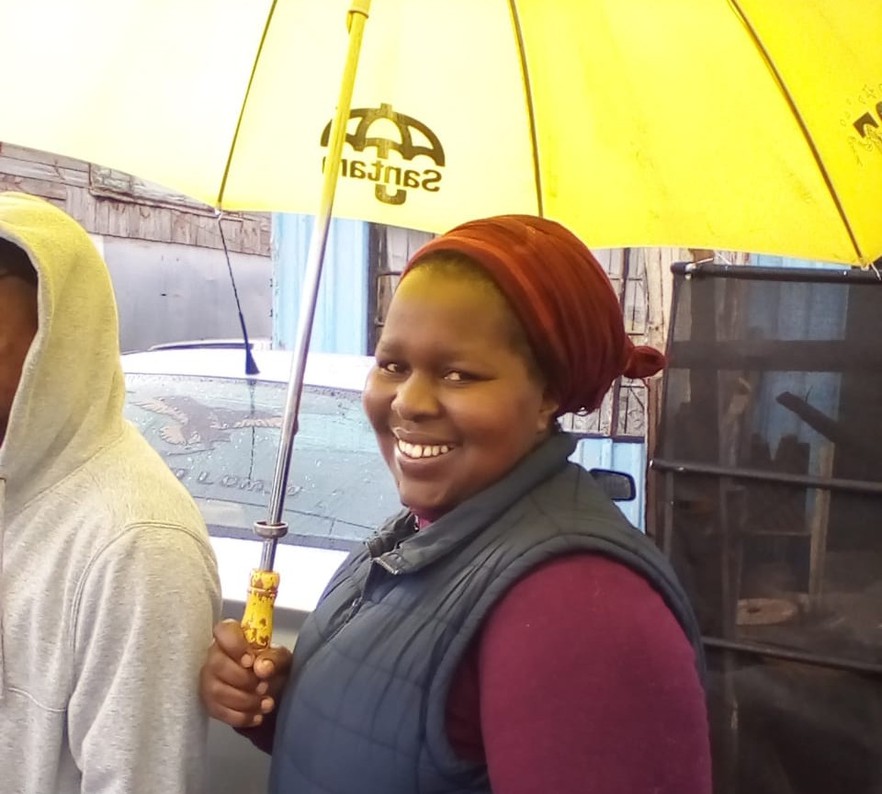 Nosisa September braced the rain and came to vote in QQ Section, Khayelitsha. About two weeks ago angry protesters vowed to burn voting stations here, but the day was proceeding without incident. (Photo: Vincent Lali) 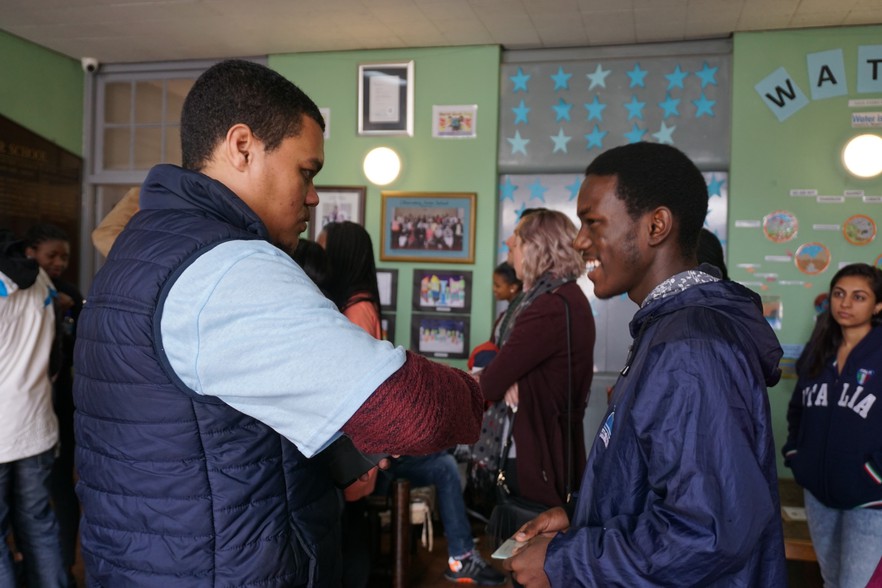 Luyanda Mchunu arrived at Observatory Junior School at 10:30am to cast his ballot, for the first time. He introduced himself to an IEC official. (Photo: Krisitine Liao)

“Right now it kind of feels like I’m waiting at McDonalds, but I’m a bit excited, I won’t lie,” Mchunu said while waiting in the queue. “I feel like it’s a good opportunity, because we can’t be complaining about things that are going wrong if we are not about to bring the change. I am happy that I am here to actually determine my future. Even if it does not turn out the way I expect it to do, I’m happy that I attempted to do so.” 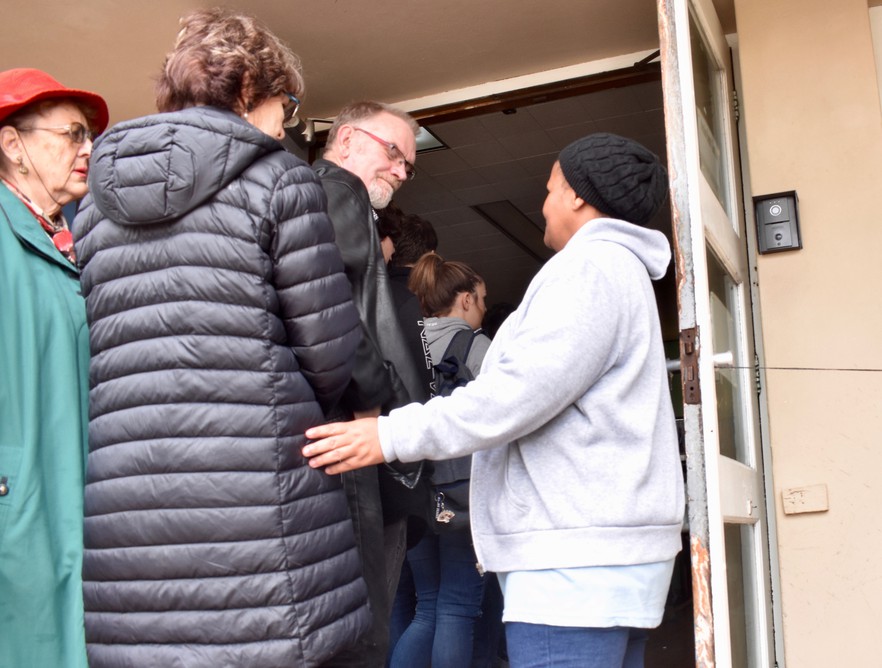 IEC volunteer Charlotte Daniels was assisting people in the queue. This was her first stint as a volunteer. She had been checking IDs since 6am at Observatory Junior School. She said she just wanted to experience volunteering. “I’m not a politics person,” she said. Over 200,000 people have volunteered or worked for the IEC in this election. (Photo: Katherine Liu) 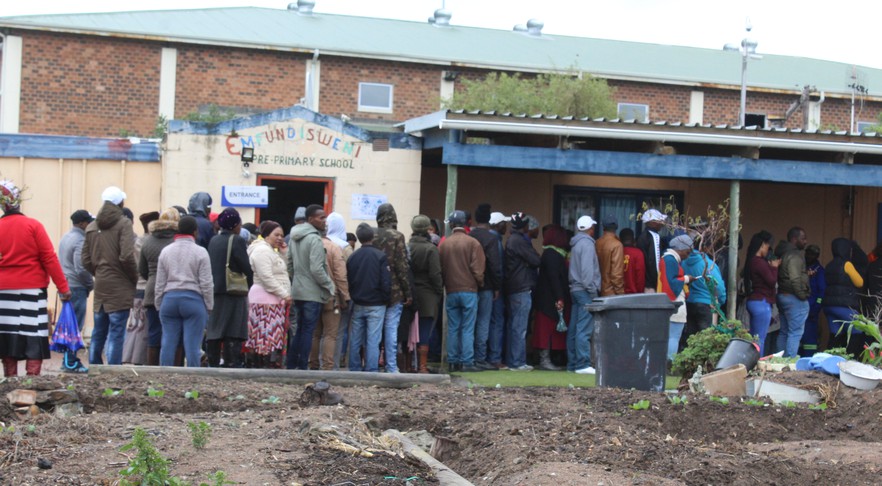 While the queues of 1994 will probably not be repeated, many people still had to wait patiently to vote. The voting booth in the Lwandle community hall in Strand could not be used because people who have lost their homes are sleeping there. Instead people had to vote at this pre-primary school. (Photo: Velani Ludidi)