The Political Party Funding Act requires that donations of R100,000 and upwards be disclosed by parties and donors to the IEC. 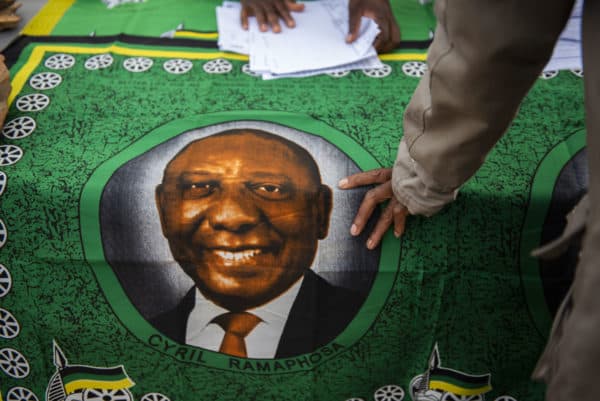 Releasing its first quarterly report on political party donations, the Independent Electoral Commission (IEC) has announced that a total of nearly R31 million has been declared.

“The parties which made the declarations of direct donations, constitute two political parties that are represented, and one unrepresented political party which are the African National Congress [ANC], the Democratic Alliance [DA], and ActionSA.”

Love said the parties had declared of qualifying donations from donors amounting to the total value of R30,008,841.74.

She also revealed two ANC donors failed to comply with the dual disclosure requirement in the Act and had not complied with the requirement to separately declare the donations made.

However, the ANC had made the declaration and therefore complied from its end.

Meanwhile, two foreign entities, Love said, made direct donations to the DA. The donations were made for skills development.

What is the Political Party Funding Act?

The 2018 PPFA, which regulates the public and private funding of political parties, came into effect on 1 April 2021.

Ramaphosa in January 2021 announced his decision to implement the Act after the National Assembly adopted the bill.

The Act, signed into law in January 2019, establishes the mechanism on funds to be provided to political parties represented in Parliament and provincial legislatures to undertake their work.

It requires that donations of R100,000 and upwards be disclosed by parties and donors to the IEC.

READ MORE: Political party funding increase may be on the cards

It further seeks to ensure that all represented political parties receive sufficient funds for their work through the establishment of the Represented Political Party Fund, which provides public funding to parties, and the Multi-Party Democracy Fund, which funds parties from private sources.

The Act has been debated for quite some time, especially after Ramaphosa’s CR17 campaign reportedly received billions of rands from the private sector.

Political parties that violate certain sections of the Act could receive hefty fines, ranging from R40,000 to R1 million.

The IEC, however, cannot impose a fine as that is the competency of a court of law.

It has been scrambling to find money and it resorted to crowdfunding, increasing membership fees and levies, and agreeing with provincial structures “to take over the salary bill”.

The party has repeatedly blamed the new Political Party Funding Act for its financial struggles.

READ NEXT: ANC asks for bailout from Twitter, but crowd not convinced