Ramaphosa also thanked the IEC officials who conducted the elections amid the Covid-19 pandemic. 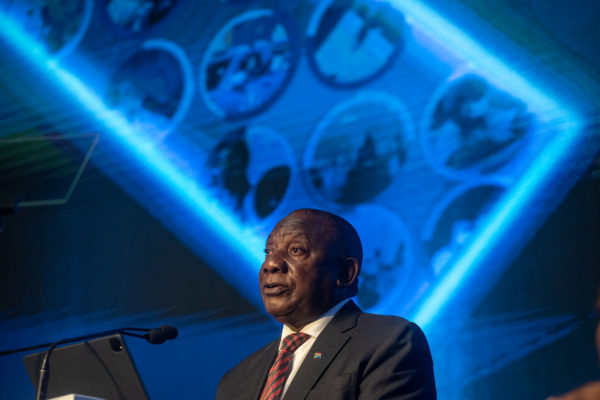 President Cyril Ramaphosa has called on all elected councillors to deliver on all the promises they made to South Africans during the campaign trail.

Addressing the nation at the results operation centre (ROC) in Tshwane, where the IEC announced the final results of the elections, Ramaphosa urged the elected councillors to strengthen the trust of citizens through competence, integrity, performance and delivery.

“Over the past few weeks we have all spent time with South Africans from all walks of life, meeting them in the streets and being invited into their homes. They told us about leaking houses, of frustration at electricity cuts, of feeling unsafe because of crime, and of being despondent after years of not working,” he said.

“Local government must be a force for good, for development and for progress. If we are to make this a new and better era, we, as leaders, must put aside our differences and work together in a spirit of partnership and common purpose. At the end of the day, we all want the same thing: to better the lives of the South African people.

“I want to thank all the political parties and candidates who stood in this election for their conduct, their discipline and their commitment to the people. Let us turn the promises that we made on the campaign trail into reality. Let us unite for the common purpose of recovery and rebuilding.”

Ramaphosa also thanked the IEC officials who conducted the elections amid the Covid-19 pandemic.

No party achieved a majority in 66 municipalities, said Mashinini.