President Cyril Ramaphosa's lawyers filed a lawyer's letter on Friday requesting that some documents be sealed. 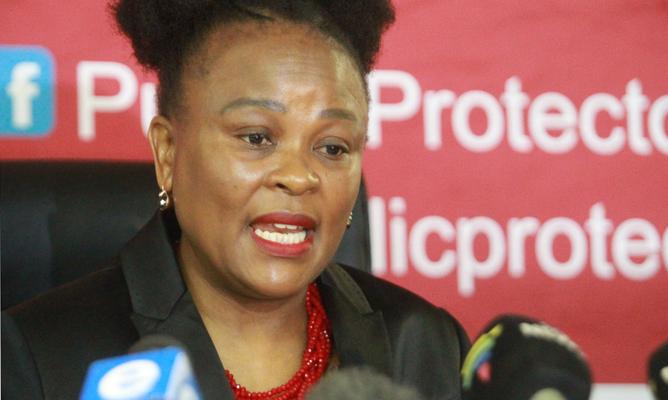 While President Cyril Ramaphosa managed to secure an interim interdict to stay Public Protector Busisiwe Mkhwebane’s remedial action in her Bosasa report, it is still unclear whether the Gauteng High Court in Pretoria will allow certain documents in the report to be sealed.

On Monday, Presidency spokesperson Khusela Diko told News24 it had not received a response from the Gauteng deputy judge president after Ramaphosa’s lawyers filed a lawyer’s letter on Friday requesting that some documents be sealed.

“[The] record is to be filed on Thursday. We trust the DJP [deputy judge president] will make a determination before then,” she said.

Ramaphosa was granted the interim interdict on Monday morning.

The papers submitted by the president’s lawyers on Thursday also suggested some of the bank statements might have been “obtained unlawfully”, News24 previously reported.

Four bank accounts have been noted by Ramaphosa’s lawyers, including his own foundation’s account and the EFG2 account, which housed Ramaphosa’s ANC presidential campaign funds.

The other accounts are Linked Environmental Services and the Ria Tenda Trust.

Mkhwebane’s spokesperson Oupa Segalwe on Monday said the Public Protector had no choice but to submit the full record to the court.

“The record will be released to the court as per Rule 53 of the Uniform Rules of Court. It’s not negotiable. She must do so,” he told News24.

In July, the Public Protector found Ramaphosa had “misled” parliament about the source of a R500,000 donation from controversial businessman Gavin Watson through Bosasa.

Ramaphosa maintained he was not directly involved in the fundraising efforts of his presidential campaign in 2017.

However, an email leak exposé by News24 found Ramaphosa had personally typed a note to what was believed to be his banker, instructing the transfer of R20 million from a money market account (believed to belong to Ramaphosa) to an account belonging to the Ria Tenda Trust.

They also maintained Mkhwebane had extended the scope of her investigation into the CR17 campaign donations saga.

“We have reason to believe that certain documents may have been unlawfully obtained… In the event that the record shows that bank statements were obtained unlawfully, we submit that the information contained in those documents must be protected from public disclosure in terms of the Protection of Personal Information Act.”