The public protector 'does not take kindly' to insinuations that she obtained information illegally, her office said. 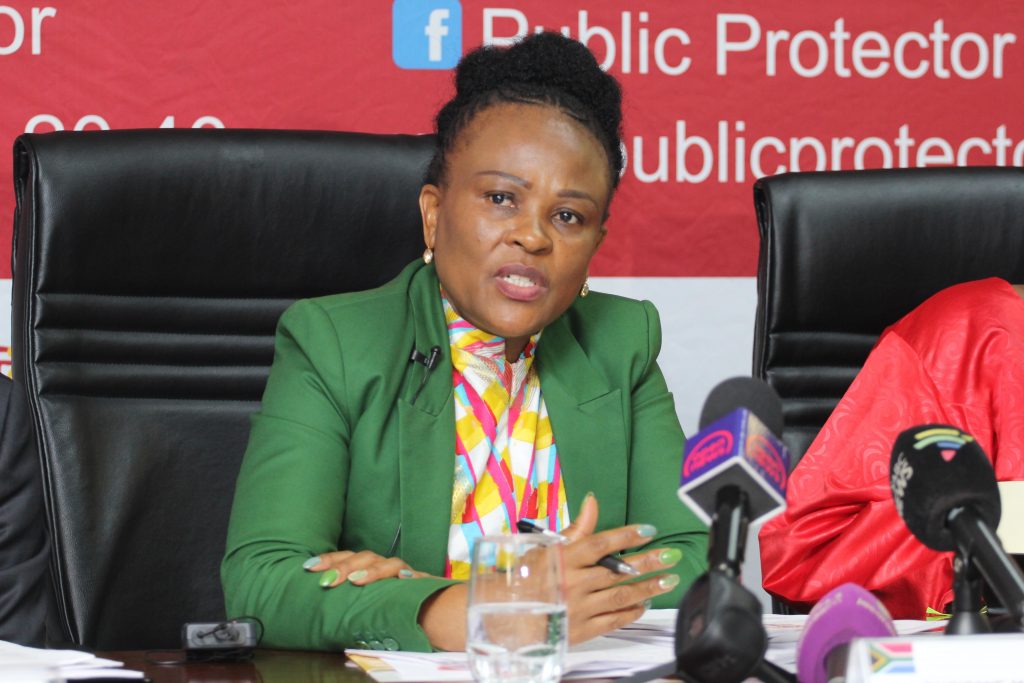 Public Protector Busisiwe Mkhwebane’s office has confirmed to News24 the bank statements she had relied on in her report on President Cyril Ramaphosa’s campaign for the ANC presidency and a R500,000 campaign donation from Bosasa CEO Gavin Watson were obtained from the Financial Intelligence Centre (FIC).

On Wednesday morning, News24 confirmed the public protector’s legal team had filed a record of the evidence Mkhwebane relied on in her report.

News24 understands the evidence includes the bank statements of the various entities Ramaphosa’s team used during the campaign, as well as e-mails and correspondence that formed part of Mkhwebane’s probe.

The documents were filed in terms of Rule 53 of the Uniform Rules of Court, which stipulate that a party who wants to have the courts review the decisions of another party can request that they produce the record which underpins that decision.

Speaking to News24 on Wednesday, the public protector’s spokesperson, Oupa Segalwe, said: “The Public Protector takes serious exception to insinuations by the attorneys of the president as well as the Presidency in media statements that she obtained information illegally and as they say that to the public, they are not providing any evidence to back up those statements.

“The Public Protector does not take kindly to that kind of conduct.”

Segalwe said the public protector had an “understanding” with the FIC and that was where she obtained the bank statements she made reference to in her report.

“When Absa was not forthcoming with regards to the subpoena that was served on it, we did not pursue them because we were able to obtain the same information through the FIC. It is the statutory body that has access to those things.

“It can’t be that when you obtain information from a statutory body like that, which is in the business of providing the same records, then you are accused of being in possession of documents unlawfully without any evidence,” he said.

Segalwe said the deputy judge president had proposed the parties should meet on Thursday to discuss Ramaphosa’s request, adding the meeting would likely not happen because of the unavailability of the public protector’s counsel.

He added the parties also needed to agree on a date when the review application would be heard.

The president has taken Mkhwebane’s report on review, saying he had run a clean campaign.

Mkhwebane found Ramaphosa had misled parliament in his answer to a question about a R500,000 donation to his campaign from Watson. The public protector also referred her findings to the National Prosecuting Authority to investigate possible money laundering.

Earlier this month, News24 reported that leaked e-mails revealed some of the people Ramaphosa’s campaign team had approached for monetary contributions.

While the public protector faced questions that her office obtained the e-mails in the body of evidence illegally, Segalwe said last week the probe was above board.

“The PP conducted the investigation by the book. There was no [un]lawful activity,” he told News24.