‘Bring it back home, Bokke!’ – Jackson Mthembu calls on all South Africans to rally behind team

He said Ramaphosa would be 'in the grandstands there supporting the Bokke on our behalf'. 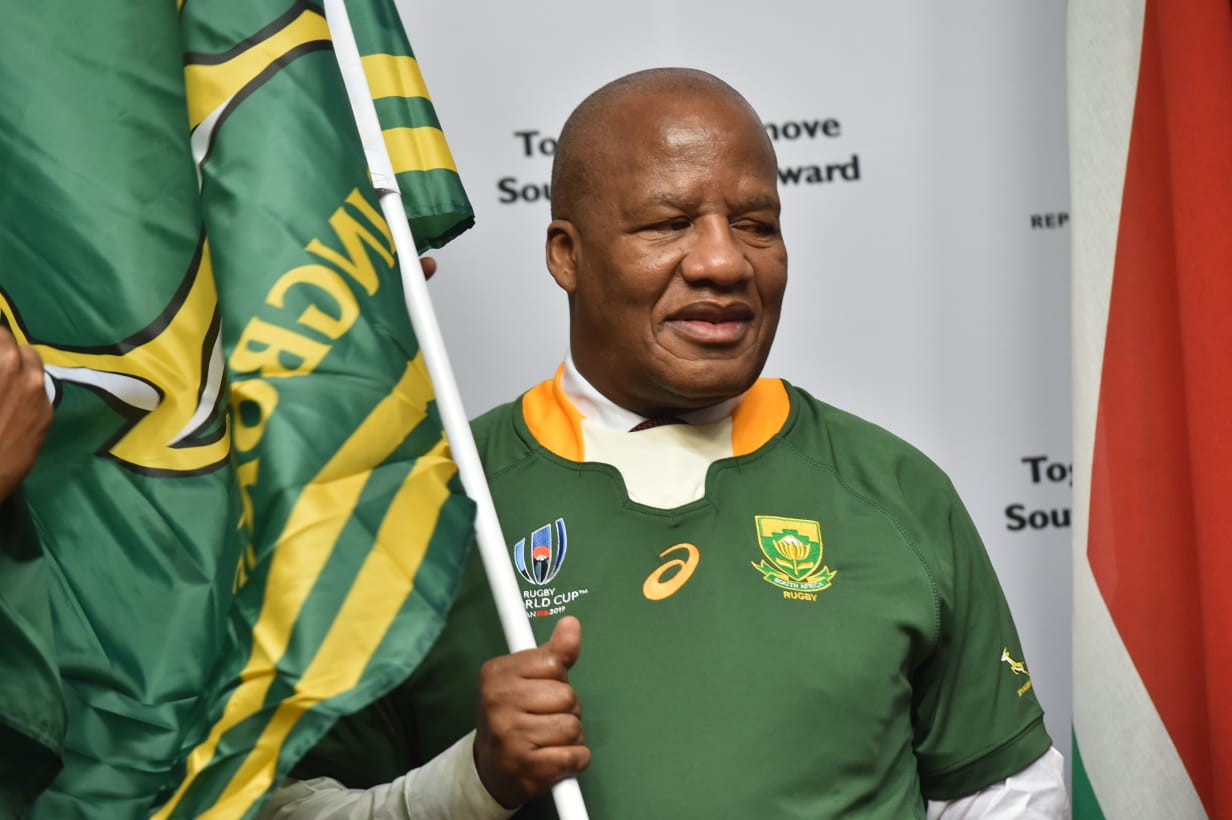 Minister in the Presidency Jackson Mthembu at a press briefing where he urged all South Africans to unite behind the Springboks for the Rugby World Cup final against England, 31 October 2019. Picture: GCIS

“Hold hands and say: ‘Bring it back home, Bokke!” – this was Minister in the Presidency Jackson Mthembu’s message to South Africans, two days before the Springboks face England in the Rugby World Cup final on Saturday.

When two-time champions the Springboks last won the World Cup, in 2007, they also faced England in the final.

On Thursday morning, Mthembu briefed the media on the outcomes of the Cabinet meeting the day before in Tuynhuys.

“Cabinet proudly congratulates the national rugby team, the Springboks, on reaching the finals of the 2019 RWC. Cabinet calls on all South Africans and our supporters from across the globe to rally behind the ‘Boks’ and demonstrate their support for their countrymen by participating in Green Fridays and sharing messages of support on social media platforms using the hashtag #StrongerTogether, #Bokke, #Rugbyworldcup,” reads the Cabinet statement presented by Mthembu.

“President Ramaphosa will attend the final match in Japan to give concrete support to our national team.

“Cabinet also welcomes the SABC’s decision to broadcast live the final match between South Africa and England on Saturday, the 2nd November, from 11:00.”

Asked about Cabinet’s support of the Springboks given the allegations of racism and assault against lock Eben Etzebeth, Mthembu said Cabinet could not react to allegations.

He said that, if Etzebeth was charged with a crime, it must be left to the “credible” criminal justice system.

“As government, we will say we must not condone racists acts by anybody, no matter where that person finds himself,” Mthembu.

“They’re in the finals, they played very well against the Wales to get where they are.”

“At the moment we face England on Saturday, at 11:00 South African time. We are saying to all South Africans, can we hold hands and say: ‘Bring it back home, Bokke!’,” Mthembu said.

He said Ramaphosa would be “in the grandstands there supporting the Bokke on our behalf”.

“We will also be watching on our TVs. We will be glued to our TVs.

“We are just happy that we are in the final and confident that we’ll bring that Rugby World Cup back home.”

After the briefing, Mthembu put on his Springbok jersey.