Ramaphosa said the moment marked an important milestone in the improving of relations between the two countries, noting the renewed hope in the small country. 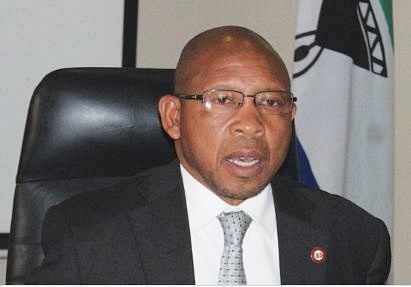 Lesotho’s newly elected prime minister, Moeketsi Majoro, says his first official visit to South Africa was critical as it was urgent to work on improving relations between the two nations.

Trade, free movement of people between the two countries, the coronavirus outbreak and stability in the mountain kingdom formed part of his courtesy visit to President Cyril Ramaphosa.

His rise to power has been met with renewed hope following years of instability, which took a turn for the worse in recent months, with Thabane and his wife being accused of having a hand in the murder of his former wife.

“Lesotho and SA have a unique geographical situation, with Lesotho fully beating as a heart inside South Africa. It isn’t always a healthy heart, you can see blood running to the face of South Africa whenever we have issues, but uppermost in our minds is that the relationship must at all times be a warm one,” said Majoro.

Ramaphosa said the moment marked an important milestone in the improving of relations between the two countries, noting the renewed hope in the small country located within South Africa’s borders.

He added this served to “deepen relations” at all levels, including the movement of people between South Africa and Lesotho as well as finding ways to support each other economically, while addressing concerns over issues such as cross-border crime and human trafficking.

Ramaphosa, who is also the African Union chairperson, said “freer movement” of people between the two countries was not a “far-fetched idea”.

He added governments needed to come with a better way of allowing people to move between the countries without strictures that led to time wasting and the repatriations of citizens on both ends.

Ramaphosa said both countries were set to be hit hard by the Covid-19 pandemic, leading to their economies contracting substantially, adding the moment called for clear vision and strategies for badly affected economies.

He added South Africa was keen, as it planned towards a post-Covid-19 economy, to share its plans with Lesotho, hoping the same could be done by the mountain kingdom.

Majoro, reflecting on the instability that has marred Lesotho since 2012, said while his political party, the ABC, thrived on instability, there was the hope the Basotho people have given to the new coalition, which he leads.

“It’s in your unity that you are likely to deliver services that the Basotho have been denied for many years.”