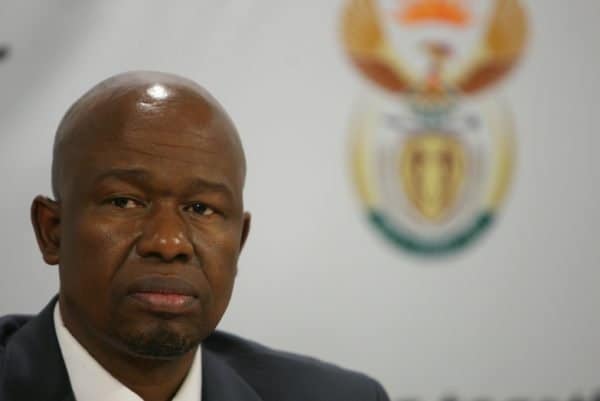 Higher Education Director General Gwebinkundla Qonde at a media conference in Pretoria, South Africa on February 6, 2012, where the department announced that action has been initiated against those implicated in procedural irregularities at the University of Zululand. (Photo by Gallo Images / Sowetan / Antonio Muchave)

Suspended director-general of the Department of Higher Education and Training, Gwebinkundla Qonde, has made disturbing claims of alleged financial mismanagement, including being given the go-ahead by minister in the department, Blade Nzimande, to flout procurement rules.

The claims were revealed by City Press on Sunday, in which Qonde detailed how Nzimande allegedly set up a ministerial task team specifically for the procurement of laptops for National Student Financial Aid Scheme (NSFAS) beneficiaries.

Qonde was suspended with full pay and benefits after a disclaimer audit opinion by the Auditor-General of South Africa in July.

This comes amidst a pending forensic investigation into the National Skills Fund, which found the budget to have been underspent by R1.8 billion.

The entity also did not have adequate records of commitments of earmarked funds, and found that adjustments in the financial statement could not determine whether it was necessary to spend R2.5 billion on skills development funding.

In a letter to Parliament’s higher education Portfolio Committee, Qonde said Nzimande encouraged him to violate procurement processes when 500,000 laptops for NSFAS students was meant to take place.

He told the publication that Nzimande’s task team was instructed with continuing with an existing contract, instead of advertising the laptops on a tender basis, he said in a report in possession of committee chairperson Philemon Mapulane.

The existing contract would have continued an agreement between Bongani Rainmaker Logistics and the Gauteng Department of Education.

Qonde claims that Nzimande attempted to rope in Finance Minister Tito Mboweni following a request to deviate from processes for emergency procurement, which was later declined.

Despite Mboweni’s insistence that the laptops had to go through tender proceedings, Qonde said Nzimande instructed him to begin procuring the laptops through the task team before his suspension.

It was also reported that National Treasury refused to allow the piggybacking of the Gauteng education department’s contract.

Mail & Guardian reported that Qonde had also lodged a complaint about Nzimande relating to unfair abuse of power and labour practices.

It is understood the matter is being looked into by the bargaining council.

However, Qonde’s claims have been refuted by Nzimande, who said it was a “smokescreen” to claim his suspension had anything to do with other issues than the financial discrepancies found by the Auditor-General.