According to Jack Bloom, the health department will also ask the Solidarity Fund for no more than R200 million to fix the hospital. 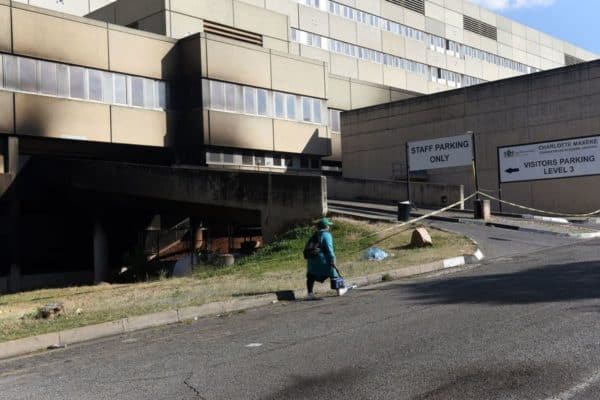 It will cost about R1.1 billion to fix Charlotte Maxeke Johannesburg Academic Hospital after a fire gutted several sections of the facility in April 2021.

This was apparently disclosed by the Gauteng health department last week during a meeting of provincial legislature’s health committee.

According to DA MPL and spokesperson on health in Gauteng, Jack Bloom, the department will also ask the Solidarity Fund for no more than R200 million to fix the hospital.

“No date has yet been given, however, for the hospital to be fully repaired even if the money is obtained for the necessary building work,” Bloom said in a statement on Tuesday.

Bloom said he doubted whether the R1.1 billion could be obtained from the Solidarity Fund, which was set up at the outset of the Covid-19 pandemic last year.

He said about R100 million was being taken from the normal maintenance budget in this financial year to meet the safety requirements to reopen the structurally sound parts of the hospital.

“Two of the five blocks in the hospital have extensive damage that will need additional funds. Extra funding should be sought from the National Treasury as there is no provision in this year’s provincial budget to do the job,” Bloom said.

Bloom said the DA had proposed a private-public partnership which would help generate income by taking private patients, to ensure that the hospital is fully reopened as soon as possible.

He said this was because the Gauteng department of infrastructure development had proven “incapable of doing any project on time and within budget”.

“This hospital was originally designed for 2,000 beds, but fewer than 1,100 beds were operational at the time of the fire.

“Funding from the private sector should be explored to expand the bed capacity of the hospital so that a section can be leased to a private hospital group to provide extra income for public patients,” he said.

READ NEXT: Parts of Charlotte Maxeke Hospital to be fully operational in 2023