The Request A Slot campaign will run in phases, starting in September this year and ending in March 2022. 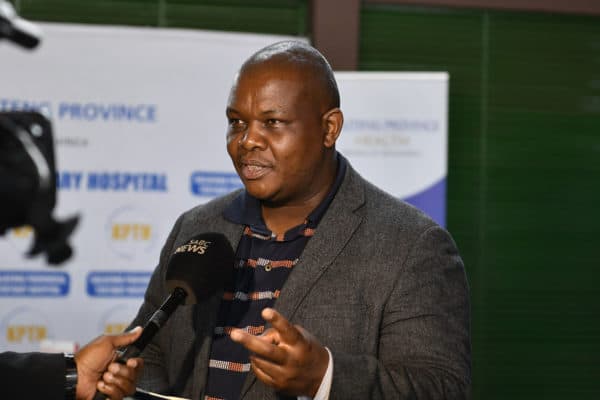 The Gauteng department of roads and transport has announced that it will launch “Request A Slot” campaign and app in effort to deal with the driver’s license renewal backlog in the province.

This comes after Transport Minister Fikile Mbalula announced the extension for licence renewals on Friday.

Mbalula confirmed that the validity of licences that expired between 26 March and 31 August 2021 would now be extended to 31 March 2022.

The minister revealed that Gauteng accounted for the highest number of licences not yet renewed in the country at 437,819 out of a total 980,038 expired licences.

This represents a backlog of 44.6% of non-renewed licences.

He said Gauteng had experienced capacity challenges, which resulted in the non-availability of booking slots to those who wanted to renew their licences, among other things.

During a media briefing on Tuesday, the Gauteng department of roads and transport, alongside the Road Traffic Management Corporation (RTMC), MEC Jacob Mamabolo welcomed the extension.

Mamabolo also announced that the provincial department would embark on a “Request A Slot” drive, which would run in phases, starting in September this year.

The MEC said that the campaign will be intensified during transport month in October, adding that it will end in March 2022.

“So the Request A Slot campaign will then close with an announcement on whether we have addressed the backlog or not,” he said.

On the online booking system, Mamabolo said various platforms would be created for people to request a slot.

“This creation of this platform came from our experience since January 2021 to July 2021. In the total number of people we have serviced, we’ve processed 500,000 driver’s licence applications as a province.

“[From] that, we have 130,000 people that were allocated slots [for renewal] and they did not honour their slots,” he said.

The MEC added that people would be able to book via email and the Request A Slot app – which will be launched on Wednesday – and a website separate from the eNatis system.

Mamabolo indicated that Driving Licence Testing Centres (DLTCs) – 34 of them run by municipalities and six run by the provincial government – in Gauteng were not enough to deal with significant backlog.

While Mbalula announced that two DLTCs would be launched in Midrand and Centurion, the MEC revealed that four more will be opened to help with building capacity to address the backlog.

He said the DLTCs would operate seven days a week, from 7am to 9pm, adding that the department is aiming to have 10 additional centres in Gauteng by the end of the year.

Mamabolo further confirmed that the RTMC, along with the Gautrain Management Agency (GMA), has been appointed as licensing authority.

This means the RTMC and GMA have been approved to renew licences.