Gwebinkundla Qonde was suspended with full pay and benefits in July after a disclaimer audit opinion by the Auditor-General of South Africa. 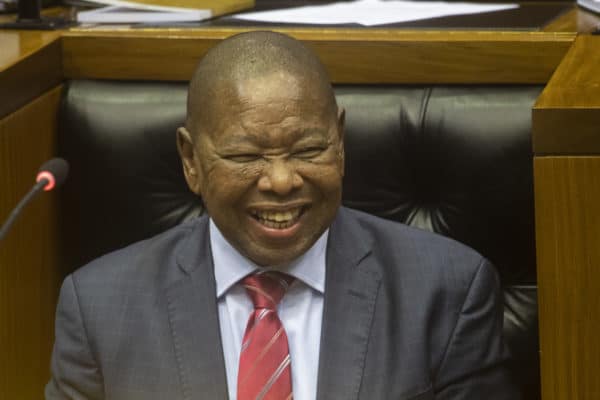 The director-general (DG) of the Department of Higher Education and Training, Gwebinkundla Qonde, has suffered a blow after his application to have his suspension declared unlawful was dismissed by the Labour Court.

The matter was heard in the Labour Court last month while the judgment was delivered on Tuesday, 7 September.

Qonde was ordered by the court to pay the costs of the application, as well as those of the two counsel in involved the case, an order which has been welcomed by the Minister of Higher Education, Science and Innovation Blade Nzimande.

‘An outcome we expected

Reacting to the ruling, Nzimande said the outcome had been expected by his department, adding that the judgment vindicated “government’s commitment to fight against maladministration and corruption”.

“It also exonerates our procedurally correct approach in dealing with this matter. Equally, it should also serve as a lesson to those who continue or support those who are defrauding the state to know that their time has come,” Nzimande said in a statement.

The minister also said the judgment should be welcomed because it exposed what seemed to have been a well-conceived political campaign directed against him.

He added that there seemed to be a perverted agenda by publicly known and unknown people, as well as some opposition political parties, to undermine their efforts to fight corruption and maladministration within the Department of Higher Education and Training.

“These efforts by these individuals or parties ignores what have also been identified by parliamentary oversight committees such as the standing committee on public accounts [Scopa] and the portfolio committee on higher education, science and technology on acts of lawlessness within our state,” he said.

Qonde was suspended with full pay and benefits in July after a disclaimer audit opinion by the Auditor-General (AG) of South Africa.

The AG found the National Skills Fund’s budget was materially underspent by R1.8 billion during the 2019-2020 financial year.

It also found the entity did not have adequate systems to maintain records of commitments and earmarked funds.

In addition, it found adjustments in the financial statement could not be determined; whether it was necessary to the skills development funding expenses, stated at R2.5 billion.

Meanwhile, the Labour Court’s judgment further noted that Qonde had failed to show that his disclosures to President Cyril Ramaphosa led to his suspension.

“In its judgment, the court said it is not satisfied that the suspension of Qonde on the 23rd July 2021 was actuated by the purported disclosures made to president Ramaphosa.

“There is no causal connection between the suspension and the disclosures under section 3 of the Protected Disclosure Act (PDA). Therefore, the PDA has not been contravened.”

The judgment further said Qonde had “failed to satisfy the first and the most important requirement of a clear right in a quest for a final interdict. Other remaining requirements do not merit consideration in this matter”.