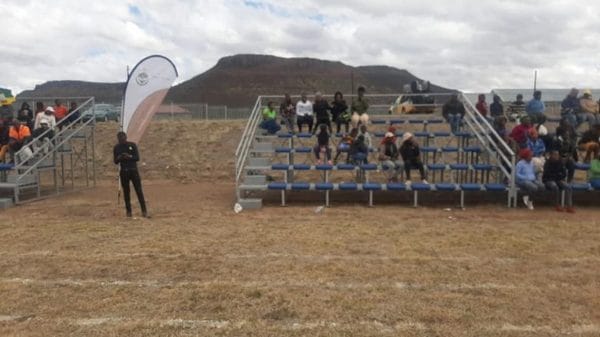 Parliament’s Portfolio Committee on Cooperative Governance and Traditional Affairs (Cogta) wants an investigation into the controversial Lesseyton Sports facility in the Eastern Cape, citing concerns over “the disproportion between the amount spent” on the facility and what was actually unveiled.

Cogta committee chairperson Mr Fikile Xasa in a statement called for an explanation on the project, saying “We are hoping that there will be meaningful accountability on a project of that nature”.

He said it is concerning that the Enoch Mgijima Local Municipality, who is behind the development of the stadium, owes Eskom R400 million and the Auditor General R2,2 million

“The committee hopes for a speedy investigation into the matter to establish a detailed expenditure on the sports facility,” the statement reads.

Xasa said: “It is important for the municipality to be transparent and account for every cent of the taxpayers’ money that was spent on this project. The committee is going to monitor closely how this matter is handled and resolved.”

Meanwhile, the Hawks have also confirmed that they are investigating the stadium deal, following a complaint laid by the EFF.

The Red Berets apparently also didn’t believe that the facility in Lesseyton, northwest of Komani, justified its price tag, considering that it consists of little more than an empty field with a few patches of grass, a couple of small pavillions, and freestanding goal posts that don’t have nets. The white marking on the football/rugby pitch and supposed state-of-the-art athletics field were also barely visible.

Eastern Cape Hawks spokesperson Captain Yolisa Mgolodela on Friday told The Citizen they were set to begin with the investigation from Monday and would visit the municipal offices to collect documents related to the project.

“The docket has been handed to us for investigation. Yesterday [Thursday] we tried to search the docket, but inside the docket so far it is still the statement of the complainant and there are no supporting documents from the municipality and verification of the matter.”