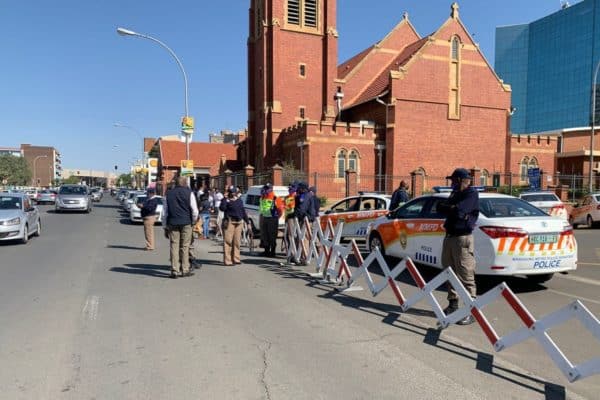 The Free State Provincial Executive had placed the Mangaung Metropolitan Municipality under a mandatory intervention in December 2019.

Mangaung Metropolitan and Enoch Mgijima Local municipalities have been placed under administration in lieu of ‘significant financial and service delivery failures for a prolonged period.’

The Cabinet approved intervention comes just a day before President Cyril Ramaphosa is expected to visit the province for a presidential imbizo.

The Free State Provincial Executive had placed the Mangaung Metropolitan Municipality under a mandatory intervention in December 2019.

A mandatory financial recovery plan was subsequently imposed on the municipality the following year.

But after failing for more than two years to implement the financial recovery plan the Metro has now been placed under a national intervention.

That municipality also failed to make progress in improving its financial and service delivery performance, prompting Cabinet to place it under a national intervention.

The invocation of national intervention implies that the national government will take over managing the metros instead of the Provincial Executive in both municipalities.

This type of intervention is mandatory and the national government is now directly responsible for these interventions.

National Cabinet Representatives (NCR) are expected to be deployed to both municipalities as soon as possible.

Finance Minister Enoch Godongwana will delegate powers to the NCR, which will be supported by a multidisciplinary team of experts.

No decision has yet been taken to dissolve the municipal council.

Minister in The Presidency Mondli Gungubele will – together with Godongwana and the Minister of Cooperative Governance and Traditional Affairs, Dr Nkosazana Dlamini Zuma – hold a media briefing next week to outline the national intervention.