Mayoral spokesperson Mabine Seabe said it was regrettable the report was released before being properly processed and studied. 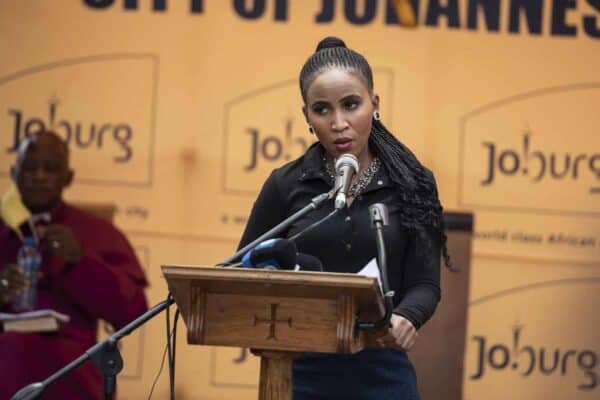 The speaker of the Joburg council must urgently act on a report on unlawful counter-intelligence activities within the city, as well as failure of leaders to take action, says Good party councillor Lloyd Philip.

“Good is in possession of an investigative report from the city manager’s office regarding the unlawful in-house counter-intelligence capability set up by former head of Group Forensics and Investigation Services General Shadrack Sibiya,” Phillip said.

“The report found that Mr Sibiya established these functions despite knowing that without authorisation from the responsible minister, counter-intelligence activities should remain the sole responsibility of the State Security Agency.”

He added: “The report also found that the mayor, Dr Mpho Phalatse, allegedly subverted incriminating evidence implicating Mr Sibiya in these activities. It states that even though the mayor was in possession of evidence which proved the unlawful activities, she failed to act or report it and rather went out of her way to defend Mr Sibiya.

“In both instances, the investigation found that Mr Sibiya may have committed a criminal offense in terms of the Intelligence Service Act, as well as the Municipal Finance Management Act.”

Phillip said steps need to be taken by the Speaker to deal with the criminal findings against Sibiya, as well as the findings that Phalatse provided him with “unlawful protection”.

Mayoral spokesperson Mabine Seabe said it was regrettable the report was released before being properly processed and studied.

“The Speaker of Council, councillor Vasco da Gama, has responded to the allegations, and called for proper channels to be followed in order for any further actions to be taken in terms of the Code of Conduct which governs councillors,” Seabe said.

“The executive mayor did nothing to “subvert” alleged incriminating evidence. Correct processes must be followed.”

The report was authored by the suspended acting city manager, Floyd Brink, and apparently handed to Da Gama’s office, Phalatse’s office, as well as to the ministers of finance and the minister.

The signature of the person who signed for it is dated “4/7/2022”, however the document has been floating around CoJ for some time. At the very least, in a response to Phalatse, the Office of the Inspector General of Intelligence on 28 April acknowledges her “letter of complaint” dated 16 April.

Quite what Phalatse was “complaining” about is unclear as her missive is not included. On 26 April, Brink was suspended by Phalatse for allegedly disregarding procurement processes in the acquisition of equipment worth R320 million.

Sibiya is the former Gauteng head of the Hawks and was asked to provide his security clearance to Brink in early March.