The hospital treats 3,000 new oncology patients a year, with up to 60% of patients requiring radiotherapy as part of their treatment. 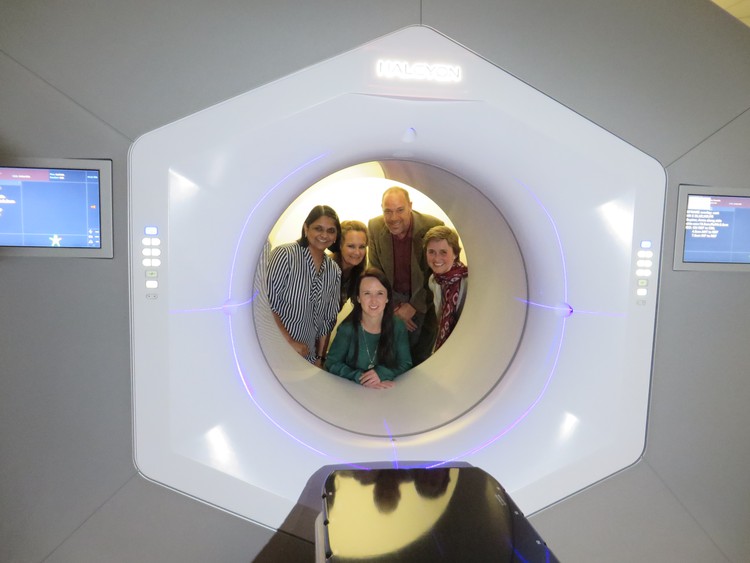 Groote Schuur hospital in Cape Town has unveiled a new radiotherapy machine worth R36 million that can treat up to 40 patients a day.

Prof Jeannette Parkes, head of Radiation Oncology at the hospital, said the department currently sees more than 3,000 new oncology patients a year. “Every year this number increases by between 5% and 10%. Up to 60% of these patients will require radiotherapy as part of their treatment.”

The new Halcyon machine looks a lot like a CT scanner, and it virtually makes no noise, said Nanette Joubert, a medical physicist. Everything is contained inside the machine, which makes it much safer. A full treatment can be done within six minutes. This is four times faster than standard treatments.

She added that a patient’s information is fed into the machine and it positions the bed automatically into the precise position needed. The exact position is important, because one does not want healthy tissue to receive radiation.

Parkes said new imaging techniques allow health workers to visualise the tumour, but “hitting the target is no longer enough. Protecting the surrounding organs is possible.” With the new machine, the second one they have had installed in five years, the hospital now has four modern machines. “Ten years ago we had one modern machine and one dinosaur.”

She added that the machine has an image guidance system which allows the team to take an image of the area they want to treat, while the patient is lying on the bed. They then fuse the image with the planning CT images, taken before the time. This allows accurate verification of the patient’s position during every treatment day. It is particularly important for patients who are treated in areas where soft tissues and organs move with daily physiological changes. This ensures minimal radiation to these areas.

Buying a big-ticket item like this involves navigating the state’s complex procurement systems. Dr Bhavna Patel, CEO of the hospital, said the way in which they managed to procure the machine was “unheard of in the public sector. We had only days to put the plan and paperwork together.”

Some members of the team cancelled their leave and they worked many hours overtime to do loads of paperwork. “It shows it can be done”. Normally such applications take six weeks or longer, she said.

A patient who had received treatment already, Francois Heyns (52), said he had cancer before in 2011. But the second time it returned to his face. “It is always a traumatic experience, and the first question is: Am I going to make it? But this time it is really intrusive: it is in my face.

“The experience with this machine is very different, it is so much faster, so much better. And of course the staff is very professional and compassionate.”