Because Biovac currently supplies and distributes between 70 and 80 percent of local paediatric vaccines, Biovac CEO Dr Morena Makhoana says the company is within its capacity to handle the 50 million more vaccines which are expected to arrive this year. 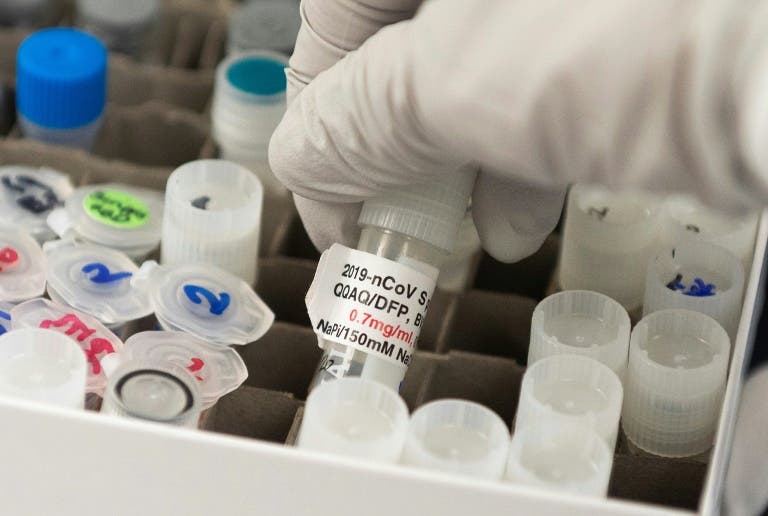 Now that South Africa’s Covid-19 vaccines have started to arrive, the company responsible for the logistical management of the roll-out programme is expected to kick into gear and begin its mission of getting the jabs to the people.

After beefing up security at its cold room warehouses where the first 1,5 million doses are currently being stored, the company oversaw the transit of random samples of the vaccine to Bloemfontein on Monday evening.

These samples were destined for the labs of the South African Health Products Regulatory Authority (SAHPRA) for quality assurance, after which the institution’s go-ahead will set off the national roll-out in earnest.

Because Biovac currently supplies and distributes between 70 and 80 percent of local paediatric vaccines, Biovac CEO Dr Morena Makhoana says the company is was within its capacity to handle the 50 million more vaccines which are expected to arrive this year.

“We will leverage our existing systems to roll-out COVID-19 vaccine distribution. Once the vaccines are approved by the South African Health Products Regulatory Authority (SAHPRA), Biovac will distribute them according to the Department of Health distribution list,” Makhoana said on Tuesday.

This week, Department of Health Director-General Sandile Buthelezi told Reuters that a contract for the storage and distribution of vaccines would be put out to tender.

Once the vaccines land at OR Tambo International airport, the doses, contained in insulated containers are cleared through customs and transported to Biovac facilities which have the appropriate cold rooms to maintain temperature over a long period. Biovac also made backup plans in case of power outages, at its facilities.

When the vaccine gets to its cold room warehouse, temperature loggers are downloaded and loaded into the system to analyse and ensure that the cold chain was maintained during transportation.

“We have been handling vaccines for 17 years now, therefore the storage conditions that we have put in place that we use routinely for paediatric vaccines are being used. This vaccine needs to be kept between 2 and 8 degrees which is the same condition that we handle over 15 million doses annually,” says Makhoana.

The vaccines are being stored at Biovac’s distribution facilities in Johannesburg which Makhoana described as very accessible from the airport. These are the same facilities from which the company distributes its paediatric vaccines which form a part of the national immunisation programme.

The first doses which will be administered in two injections, are destined for South Africa’s 1,2 million healthcare workers.

The national department of health has, however, been mum on the role provincial department would play in the national distribution of the vaccine. Government’s vaccination programme is targeted at 67% of the population, all by the end of this year.

The National Health and Allied Workers Union (NEHAWAU) has decried the lack of transparency government is displayin,g even with healthcare workers on the front-lines of the fight against the pandemic.

“However, as NEHAWU we have not seen operation elements,” he lamented.

The union, representing the largest group of organised healthcare workers in the country, had yet to be taken into confidence on key elements of the plan which would involve them directly. This includes the vaccination training programme for clinicians, the education programme for healthcare workers about the vaccine, and the logistical roll-out and vaccination sites for the aged (Transportation) and emergency reporting for Adverse Event Following Immunisation (AEFI).