Healthcare workers in Limpopo have dug in their heels, saying they will go on strike on Friday, as well as resort to court action over the introduction of a new standardised roster system. 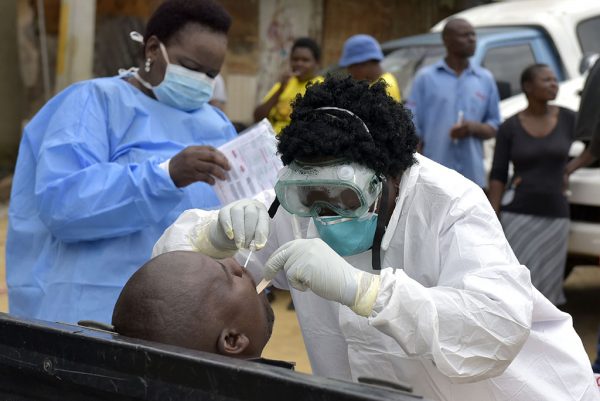 Healthcare workers in Limpopo have dug in their heels threatening court and strike action over the introduction of a new standardised roster system.

Under the new system, workers will have 12-hour shifts three times a week and a 7-hour shift once a week, while no roster should be designated night or day shift.

Doctors says these and several other sweeping changes could affect their fixed overtime contracts. According to SAMATU spokesperson Dr Nkathekiso Mnisi, the department did not conduct proper consultation with workers before releasing the circular.

While SAMATU has threatened to approach the Labour Court for an urgent interdict against the department, healthcare workers union, Hospersa is expected to go on strike from Friday.

Last week SAMATU contacted the department requesting that the implementation of the changes be suspended until labour has been properly consulted, but to no avail. This week the union escalated the matter threatening legal action should the department fail to respond to these requests by the end of the day on Thursday.

“We confirm that circular 4 of 2021 is in violation of Sections 85 (1), (2), (3) and (4) of the LRA). Our instructions are to demand an undertaking from the department to suspend circular 4 of 2021 with immediate effect in it’s entirety and to meaningful (sic) consult with our client as a Trade Union, effected employees and other Trade Unions.”

Last year the Democratic Alliance accused the department MEC Phophi Ramatuba of docking the pay of doctors by as much as R15 000 over an alleged go-slow, when healthcare workers were complaining about the lack of essential equipment at government health facilities.

The department has also been criticised for its slow response to the Covid-19 pandemic. By November 2020 it had only spent R509 million of the R1.847 billion which was allocated for the provincial health Covid-19 surge plan response. The department surrendered R 706.9 million in unspent Covid-19 funds to cater for the Compensation of Employee (CoE) deficit in the province.

Challenges with PPE for healthcare workers were rife despite nearly R800 million being spent on PPE between March and September last year, according to the official opposition in the province.

The department was also apparently unaware of Hospersa’s plan to go on strike but it was attending to SAMATU’s legal request to attend to its complaint or face court action on Thursday afternoon.

“The circulars were implementation of various labour prescripts such as the Basic Conditions of Employment Act, Code of Good Practice on Working Time and Bargaining Council Resolutions,”  he added.

“Now, the BCEA says we need to consult with Labour Unions whenever we are changing the condition of service. In this instance we are not changing any condition of service but implementing prescripts governing labour relations. However, we have on several occasions initiated talks with unions in order for us to explain the implementation of these circulars.”

But whenever they come to these meetings, he explained,  workers simply insist that the department must rescind the circulars before they can engage in any form of discussion with the department.

“We have done a thorough analysis on issues such as overtime and sick leave and we realized that there is a need to improve on the rostering of employees in order to improve service delivery. The implementation of these circulars is meant purely to benefit patients by improving service delivery at a facility level and improve efficiency. We also need to close leakages on financial and human resources.”