They were tied up, strangled and left in the blazing house. 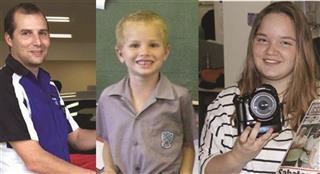 The victims have now been formally identified by police

The four people, including a nine-year-old boy and a 16-year-old girl, who were tied up, strangled and then left in a blazing house in Mtwalume, near Hibberdene in KwaZulu-Natal on Tuesday this week have been formally identified by the police, South Coast Herald reports. The roof of the house collapsed due to the blaze.

Police spokesman, Lieutenant-Colonel Zandra Wiid said police from Hibberdene, paramedics, and firefighters from Umzumbe Municipality had been called to the burning beach-side home, situated in a quiet neighbourhood, at around 7pm.

There police found a man (whose name is known to the Herald) outside the house.

“It is believed he lives at the house,” she said. “He showed signs of smoke inhalation and was taken to hospital for treatment.”

Once the fire had been extinguished, police discovered the remains of four people in the bedroom.

Police confirmed that the victims had gone to the Mtwalume house to visit earlier in the day and also to collect some furniture.

Herald reporters were particularly saddened to learn about Kayla who spent a week in the newsroom in October as a work experience student. She had been a particularly enthusiastic student and had enjoyed going out with reporters to cover various stories. Fourteen years ago, on April 27, 2003, just metres from the same Mtwalume home, the body of Kenneth Gary van Aardt (51) was found buried in a shallow grave.

Family of five killed in KZN