The Zululand Observer uncovers everything you need to know on this international breaking story. 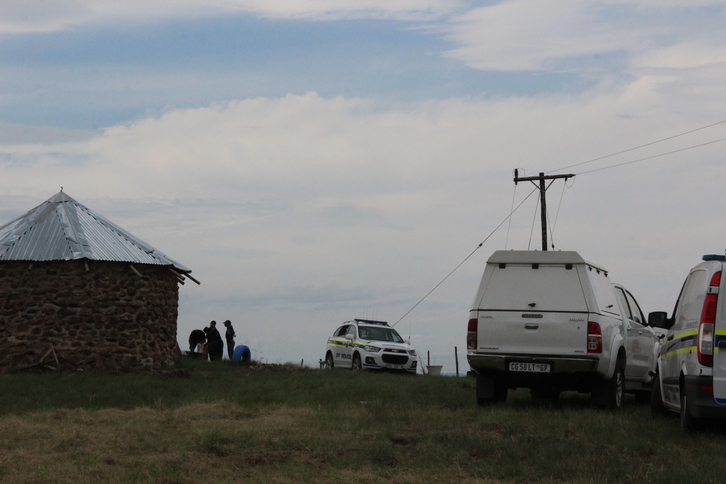 Members shuffle through a plastic bag which is presumed to have confiscated items within - PHOTO: Orrin Singh

The Zululand Observer is following strong leads in the case against a couple charged with the abduction of two tourists, and suspected of having links with the ISIS group.

The publication can reveal that Sayfydeen Aslam Del Vecchio (38) and Fatima Patel (27) were arrested on Friday at a homestead in Ngoye, near Mtunzini.

The pair are facing charges of kidnapping and robbery as they are believed to be involved in the disappearance of two South African-Britons who were last seen in Vryheid, near Bivane Dam, on February 12.

According to our sources, we understand that the couple have not yet been found. 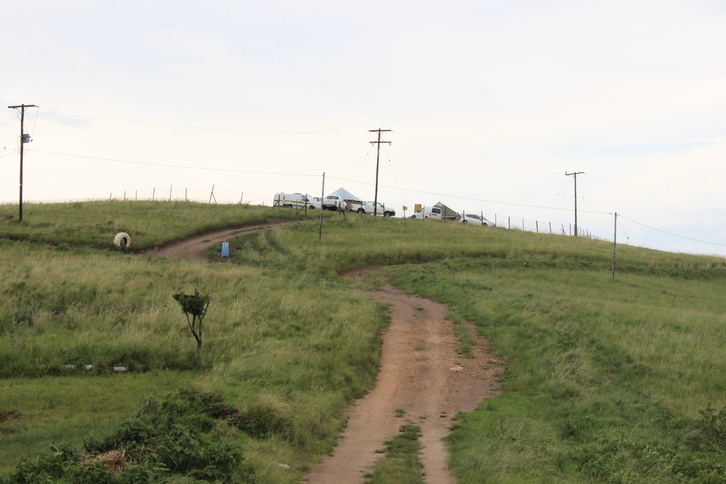 The homestead itself rested on top of a hill, which made it hard to miss as a number of police vehicles were within the property – PHOTO: Orrin Singh

This came after we received information about a police raid that was taking place at a home near Ngoye last week Thursday.

We immediately acted on the information and drove out to the location.

Approximately 20km from Mtunzini we saw a large police contingency gather at a homestead on top of a hill near the forest region of Ngoye.

A pristine area with small-holdings few and far between, we diverted off the tarred road and approached the homestead via a gravel road. The scene on Friday morning, the home had been abandoned – PHOTO: Orrin Singh

When the Zululand Observer arrived on scene it was evident that high level law enforcement agencies, namely members of The Hawks Crimes Against the State Unit, Durban Serious Organised Crime Unit and Durban Crime Intelligence KZN, were confiscating items from the property, with large plastic bags being carried out.

A local community leader told us the couple had arrived in the area last year and asked for a piece of land on which to build a house.

‘They said they were from Zimbabwe.

‘They came with an interpreter who said he was from Durban and that the man was his father-in-law,’ he said.

According to the source, the family are quiet people and he did not know what they were doing to make a living. ‘I used to see him driving down to the stream to fetch water,’ he said.

Two vehicles, one of which we can now confirm was a white Toyota Land Cruiser which the missing couple had been using whilst on holiday in KZN, as well as explosives were recovered during the raid at Ngoye on Thursday.

On Friday morning we returned to the homestead in Ngoye only to find that it had been completely abandoned.

On Sunday Mtunzini residents contacted the Zululand Observer and queried as to why a SAPS helicopter was circling the golf course area and K9 Search and Rescue Unit members conducting a search.

Information is that the activity was linked to the search of the missing couple.

However at the time of going to print we chose to take a very cautious approach to reporting on the matter as we understood that investigations were at a sensitive stage.

What we know at this stage

• We can confirm that the FBI, Scotland Yard and the Hawks are working together on the case of the missing couple as well as the possible terrorist threat in South Africa.

• The two vehicles, which were seized at Ngoye, are undergoing forensic tests at Richards Bay Police Station.

• We understand that Del Vecchio and Patel have been linked to the missing couple after a six-figure sum had been drawn from the couple’s account, which raised suspicion with the bank, who in turn alerted the police and Hawks.

• The suspects are reported to have been found in possession of Islamic State recruiting material.

• The search for the couple continues over a large area extending from Durban to Vryheid and Pongola.

• Besides the kidnapping and robbery charges the pair are also facing possible violation of Protection Constitutional Democracy Against Terrorists and Other Related Activities (POCDATARA).

• They are expected to appear again on March 1 for a formal application.

• Priority Crime Litigation Unit has been roped in to assist with the prosecution.