WATCH: Kempton Park squatters agree to wall on one condition

Occupants of the Dann Road informal settlement sing revolutionary songs in front of the entrance to the property which they occupy. The demonstration, that took place on Thursday morning, was aimed at blocking access to contractors who intended on building a wall inside the property.

Occupants of an informal settlement on Dann Road, Kempton Park have allowed contractors access to the property after the two parties came to an agreement earlier today, Kempton Express reports.

This was after the contractors, who intended building a wall on the open land next to the existing informal settlement, were warned by the squatters to get out earlier this morning.

Squatters initially thought the equipment was brought in to evict them and they got aggressive.

“The situation has been resolved and the squatters have allowed the contractors to go in and build the wall,” said ward councillor Jaco Terblanche.

Part of the agreement is that the contractors employ squatters on the land during construction of the wall.

Chairperson for Ekurhuleni EFF, Mampuru Mampuru, told Kempton Express the squatters had to be informed of the intended construction. “We made it clear that before there could be any construction, they need to engage with the squatters because they are their neighbours, they must be given priority.

“Those people are not employed and I told the occupants that they must make sure they are given preference. You can’t remain unemployed while there is a contractor from somewhere coming with people we don’t know and work there while we are being overlooked. I advised them not to allow it.”

Terblanche added: “The owner has the right to build on the land and no one can stop him from doing that. The protest was illegal and the authorities must act and not entertain it.” 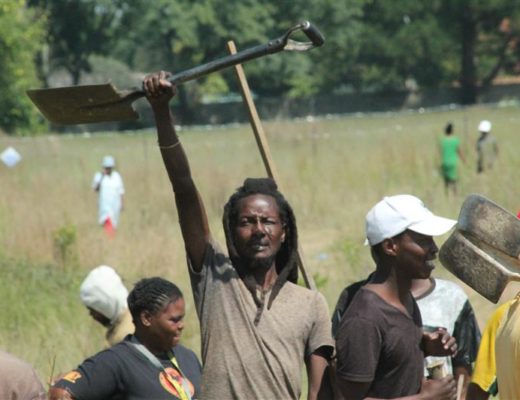 Mampuru said the EFF is not against development. “We wish there is development but that development must also benefit our people,” he explained.

“We are not entirely against that. What we are saying is that our people must be consulted, we are part of the same city from the same ward and country and we don’t have to divide our people. They must consult our people and if they are satisfied, then construction can continue. We can’t have another wall of China here in South Africa where the poor are on one side and the so-called rich on the other side. We will not allow that.” 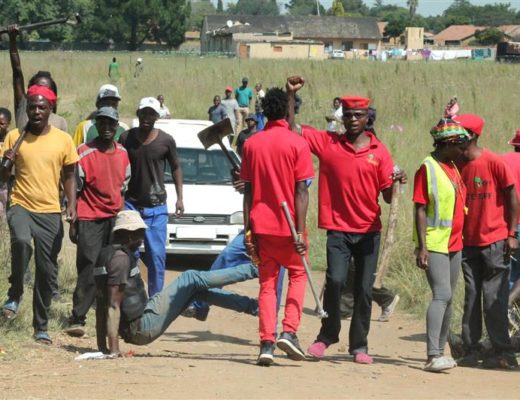 Demonstrations by the Dann Road squatters.

Land grabs are ‘illegal and unnecessary’