The deceased's family is seeking justice. 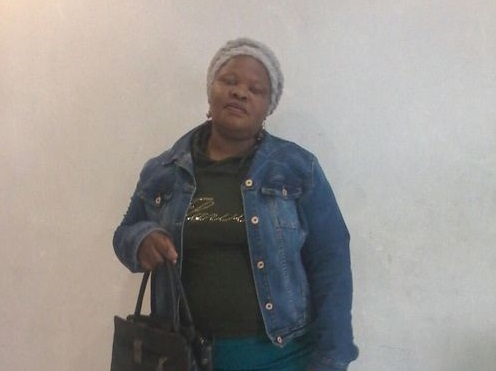 A man whose wife committed suicide last month after being interrogated by police is seeking legal advice.

Sipho Khumalo (47) of Port Durnford outside eSikhaleni in KwaZulu-Natal alleges that his wife, Qhubekile Mzimela (44), took her life after the humiliation she suffered at the hands of the police, Zululand Observer reports.

“My wife was accused of committing adultery and was called a bitch by the police during their interrogation.

“They put a tube over her head four times, assaulted her and accused her of being an accomplice to a murder,” said Khumalo.

He said his wife found herself in a situation after taking a lift from one of her church congregants to Empangeni to buy cooking ingredients.

“According to my wife, she took a lift from eSikhaleni Mall in a bakkie that had two occupants seated in the front with the driver, and she sat at the back.

“Shortly after leaving the Mall, at Maholoholo area, the two occupants produced firearms and forced the driver to drive into the bush, where one of them held the driver at gunpoint and the second ordered my wife out of the bakkie.

“They told her to undress and when they discovered that she was menstruating, they took her handbag and cellphone and chased her away,” Khumalo alleges.

The traumatised father of five said his wife ran away and got assistance from construction workers on the N2, and then phoned him.

“After hearing the news, I called my son to pick her up and to report the matter to the SAPS. When they investigated the incident scene, they discovered the driver had been shot dead.

“A few days later, the police came to my house and took my wife for questioning. At that time she was still very traumatised, but the police took her away anyway.

“When she came back she told me that she had been humiliated, assaulted and accused of committing adultery.

“She hardly ate food, never spoke and did not go to church once after the incidents,” he said.

Khumalo said those who tortured and accused his wife needed to be punished.

“My wife needed counselling, not humiliation. The police have still failed to arrest the killers. Instead, they ill-treated my wife because she was a woman,” he said.

“The information we have is that the woman hanged herself at her home,” he said. Mkhumane said they are still looking for two suspects for the murder of the driver.

“She was present when the two suspects forced a bakkie driver into the bush and ended up killing him,” he said.