Residents of Vosloorus, Boksburg, woke up to barricaded flaming streets on the corner of the Nombhela Drive and Barry Marais exit artery on April 10. 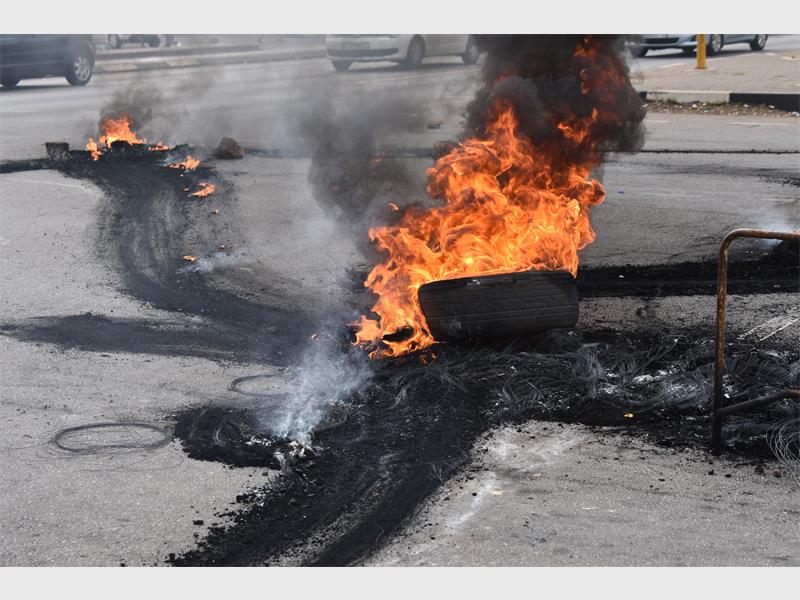 he head of the Vosloorus SAPS, Brig. Themba Denge, was immersed in the crowd during fiery protests in Vosloorus on April 10. (Picture: Zaid Khumalo)

The protest action was part of the ongoing impasse between residents of Marimba and their local councillor, Makhosi Lehare, as well as the Ekurhuleni municipality’s MEC for Human Settlements, Lesiba Mpya, whom residents have accused of imposing decisions without consulting with them, Kathorus Mail reports.

This follows the metro’s plans to embark on a housing project which will see several high-rise low-cost RDP flats built in the area.

Residents in the the townships are divided into two factions. The group that rejects the building project claims it will devalue their homes and lead to crime in the area.

This same group told former Boksburg mayor Eric Xayiya that they had already earmarked the area for a number of community projects.

The early-morning protest was aimed at stopping construction vehicles from entering the township and proceeding to the site, where construction was scheduled to start at 8am.

This was as a result of a failed meeting that was held on April 9 at the Vosloorus council offices between residents and the MEC, who was accompanied by the prospective developers. The meeting was called by the MEC to try and find an amicable solution to the ongoing stand-off.

People driving out of or into the township along Barry Marais Road to get on to the N3 or proceed to the Boksburg CBD were forced to find alternative routes. Streets were littered with rocks and burning tyres strewn across the tarmac by the protesters.

Xayiya, who is now the ‘special adviser’ to Gauteng premier David Makhura, was on the scene to address the angry mob and pleaded for calm.

He called an impromptu talk with the protesters and asked them to outline their grievances.

Later, Xayiya received a memorandum from the residents, who then dispersed. They called on residents who were not present to discuss a way forward with the municipality.

Further down Barry Marais Road and Hattingh Drive, scores of hostel dwellers from the nearby eBesuthwini Hostel also staged a fiery protest against the municipality, complaining about the lack of electricity at the compound.

Brig Themba Denge, members of the SAPS and the metro’s EMPD had their hands full as they tried their best to put out fires and calm the emotions of the enraged hostel residents, who had blockaded the main road out of the township with stones and burning tyres.

The forceful occupation of RDP houses further down the township stretched the local law enforcement’s capacity to the limits as they found themselves quelling fires in various places.

No injuries or deaths were reported to the police at the time of publishing. 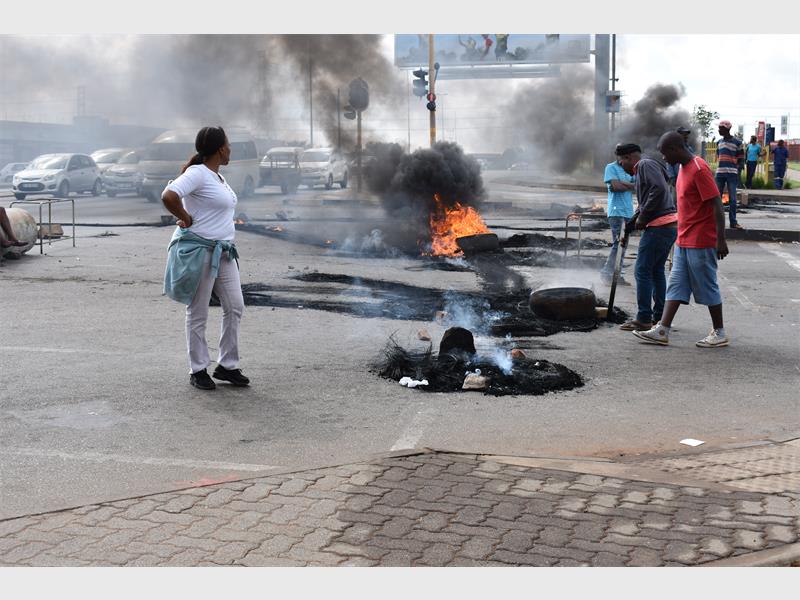 1/7
Angry Marimba Gardens residents started protesting as early as 5am on April 10 by burning tyres and blocking roads with debris, rocks and stones as part of their rejection of a proposed new low-cost high-rise complex next to the N3. They claim they had earmarked the land for their own community needs to improve the lives of the community members. (Picture: Zaid Khumalo) 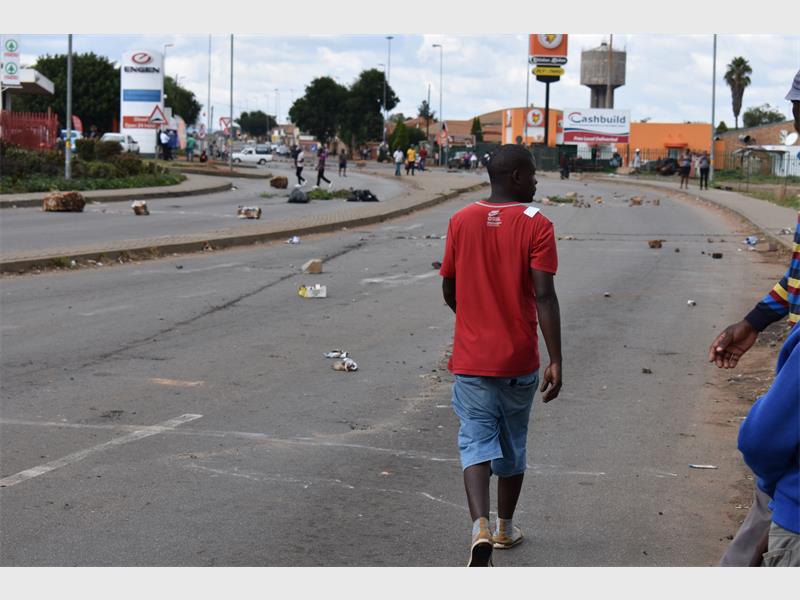 2/7
Nombhela Drive, off Barry Marais Road, at the entrance to and exit out of Vosloorus, was littered with rocks and boulders strewn all over the road by angry residents who were protesting against a new low-cost housing project in Marimba Gardens. (Picture: Zaid Khumalo) 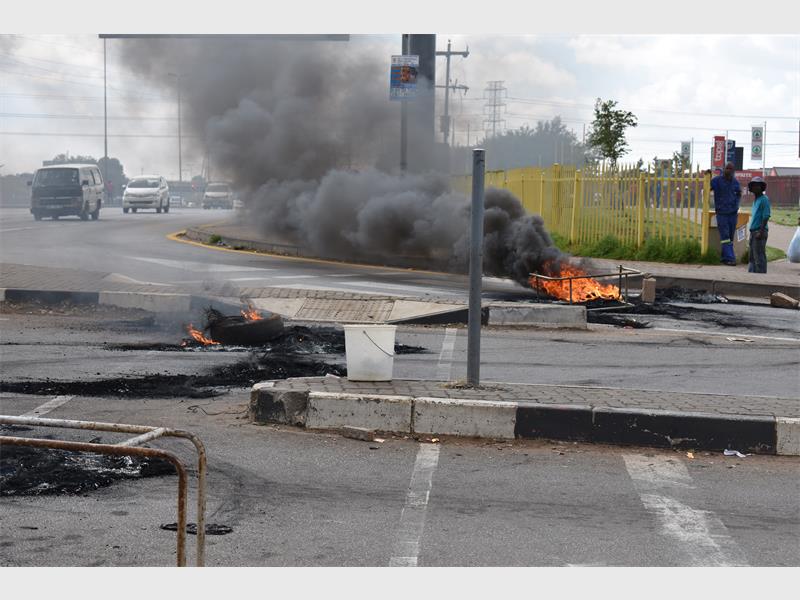 3/7
The scene on April 10 at the intersection of Barry Marais Road and Nombhela Drive, where residents of Marimba Gardens barricaded the entrance with burning tyres in anticipation of the arrival of construction vehicles that were due to start work on the RDP housing project. (Picture: Zaid Khumalo) 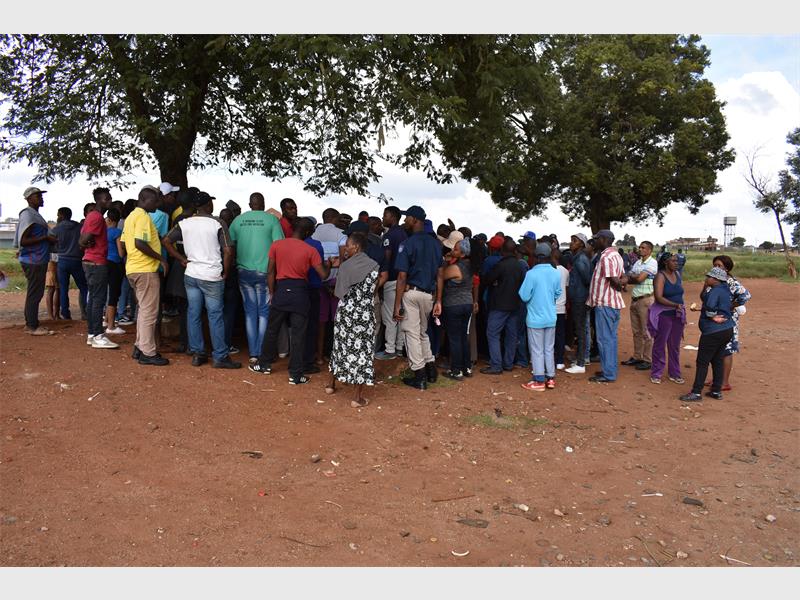 4/7
Xayiya, the former mayor of Boksburg, finally managed to address the crowd of angry Marimba Gardens residents about their concerns over the metro’s plans to build high-rise low-cost flats next to the N3 near Vosloorus. (Picture: Zaid Khumalo) 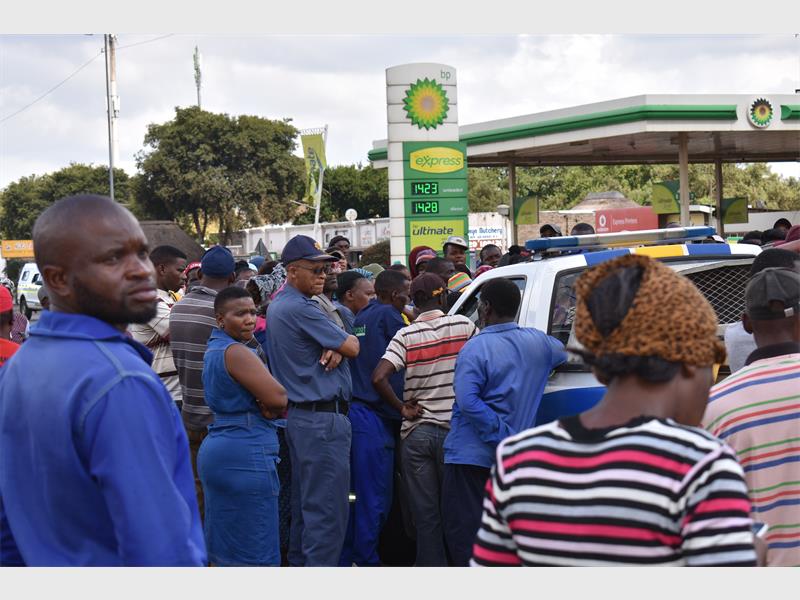 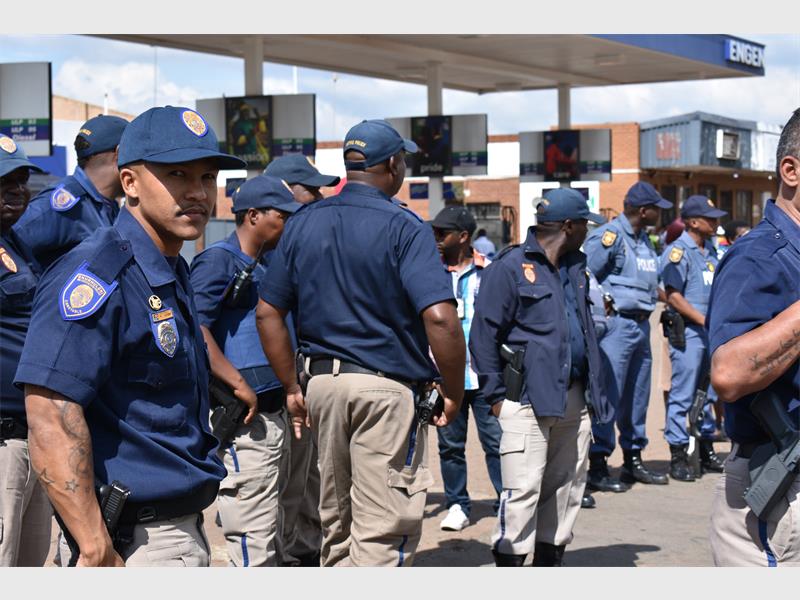 6/7
Members of the EMPD together with the SAPS were out in full force and stretched to the limit as they tried to quell fires at different places at the same time. (Picture: Zaid Khumalo) 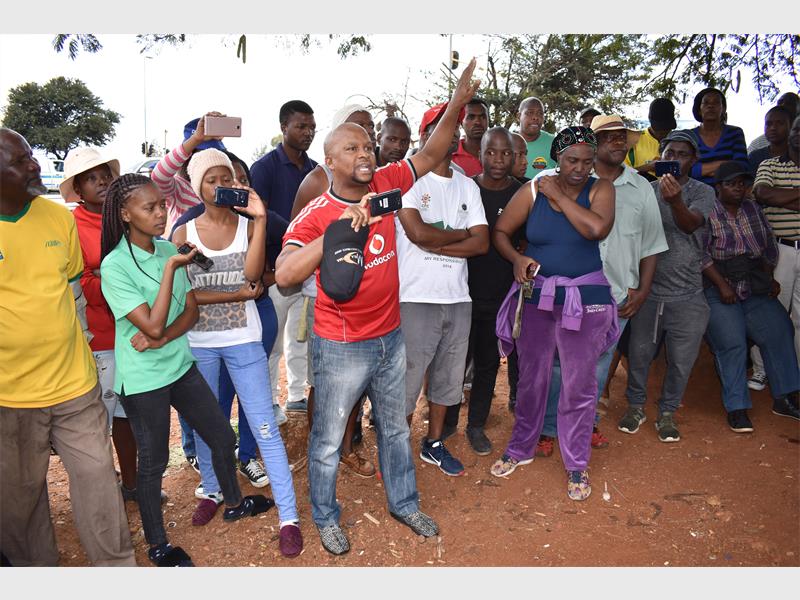 7/7
Angry residents gathered under a tree to deliver their grievances to Eric Xayiya, the former mayor of Boksburg who is now an adviser to Gauteng premier David Makhura. They spoke out against the proposed plan to build high-rise RDP flats in Marimba Gardens. (Picture: Zaid Khumalo)