The NSPCA left the Nigel Regional Court in Gauteng with a victory after dogfighters were finally sentenced on Wednesday. 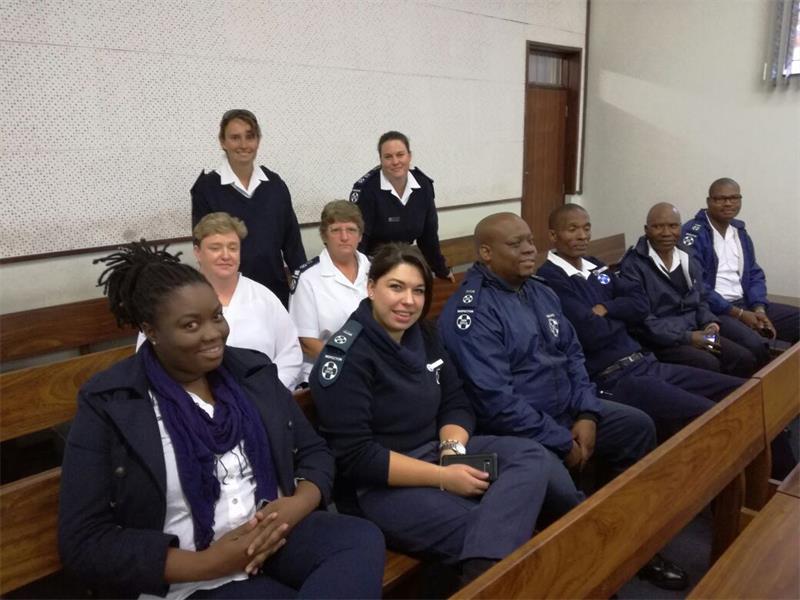 The hardworking team of representatives from the National Council of SPCAs has won a major battle against dogfighting when 14 men received sentencing at the Nigel Regional Court on Wednesday. Photo source: Heidelberg/Nigel Heraut.

In February, judgment was handed down in the Tsakane trial, where dogfighters were found guilty.

This comes after the group of men were apprehended, following suspicions of dogfighting and co-operation from the community, African Reporter reports.

The National Council of SPCAs said on its Facebook page, “The magistrate made it clear that every dog has his day and each of the 14 dog victims, in this case, have had their day in court.

“The magistrate pointed out gaping holes in the accusers’ excuses, and stated that he considered dogfighting a sick form of entertainment.”

The organisation is pleased and grateful that justice has finally been served for the 14 dogs involved.

The Heidelberg/Nigel Heraut reports four of the men were sentenced to two years imprisonment each.

The remaining 10 suspects were sentenced to two years correctional supervision.

The criminals have also been ordered to compensate the NSPCA for damages in the amount of R5 000 each.

Marlouise Abraham of Nigel SPCA says the community must understand that dogfighting is a punishable crime.

“In most cases, we find that the perpetrators say they had no idea that what they were doing was an illegal activity.

“They say they just do it for fun.”

According to the Animals Protection Act No.71 of 1962, ‘anyone who baits, provokes or incites any animal to attack another animal shall be guilty of an offence’.

Dogfighting is defined as a sadistic contest in which two dogs, which have been specifically bred and trained to fight, are placed in a small arena to fight each other for the entertainment of spectators.

“Even if people are not making money from the activity, as long as they are making the animals fight, it is punishable.”

She adds that this practice has exposed many young children to violence, which has psychological implications.

Jana Volschenk, also of the Nigel SPCA, adds that even spectators can find themselves on the wrong side of the law.

“Unfortunately, it will be very difficult to prove such occurrences without the help of the public.”

The SPCA has a R15 000 reward for anyone who can provide information that can lead to a successful prosecution.

“Informants stay completely anonymous for the duration of the investigation.

“We protect their identity at all costs,” explains Marlouise.