The three robbers made away with money, a cellphone and nappies. 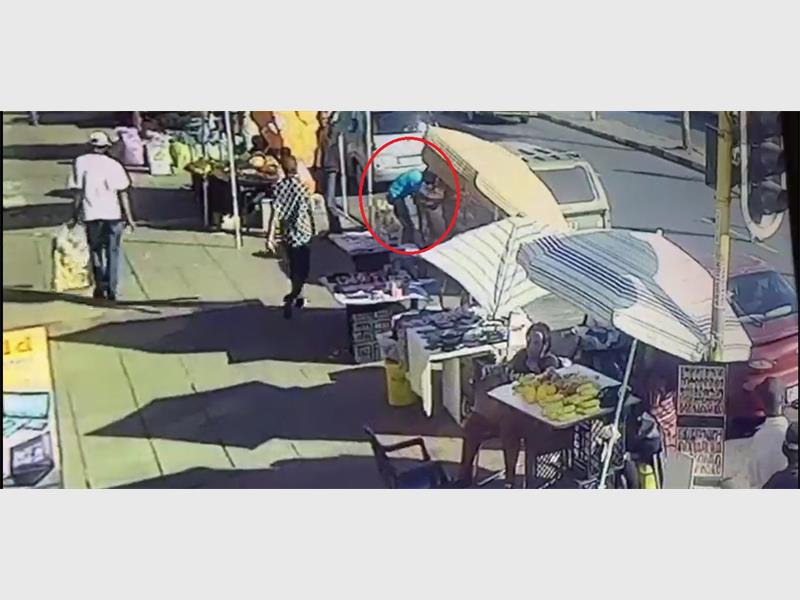 A screengrab of the video.

Victor Mosioa’s car was broken into on Pretoria Road, Kempton Park while he was going about his shopping at a nearby supermarket on April 24, Kempton Express reports.

The incident was captured on CCTV cameras from the store Mosioa had been shopping at.

According to his wife, Bulelwa Nkoliswa, the three robbers made away with a cellphone, money and nappies.

“They broke the passenger door and managed to gain access to the car. When my husband got into the car, he didn’t notice any foul play until he was about to start the car. He then went back to the shop,” explained Nkoliswa.

The car was a silver/grey Isuzu bakkie.

In the footage, three men are seen loitering around the vehicle. One man is seated in front of a hawker’s table, looking very innocent.

In a split second, one suspect walks to the car and breaks open the passenger door. After successfully breaking into the vehicle, two accomplices are seen moving towards him one by one to assist in the crime.

After taking items from the car, they leave the scene.

A case of theft out of a motor vehicle was opened at Kempton Park Police Station.