The small croc managed to escape after being caught last week. 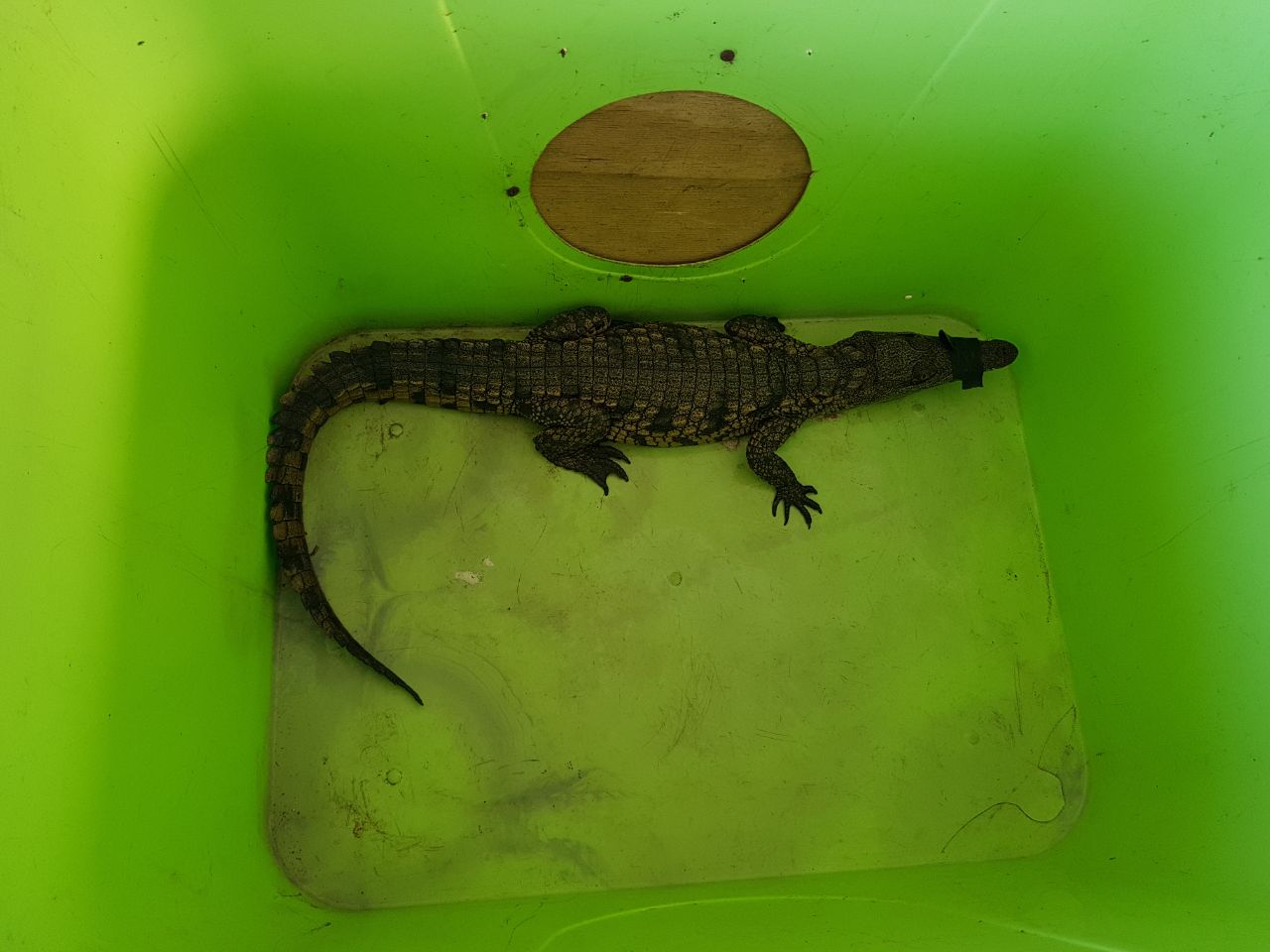 When Chris Naidoo’s beloved dachshund sustained a nasty bite wound that resulted in a visit to the vet last Thursday, he thought perhaps his other dogs were to blame, he told North Coast Courier.

It was only after discovering a crocodile in his backyard yesterday morning that Naidoo was able put the puzzle pieces together.

The small croc, which had made itself quite at home at the Tinley Manor residence, had been caught just a few days earlier a few metres from the house, by local snake catcher Neville Wolmarans of Ndlondlo Reptile Park.

“The crocodile was caught and taken back to my home about 100 metres down the road, where it was being kept until Ezemvelo KZN Wildlife could appoint a location suitable for the crocodile’s release,” said Wolmarans.

Unfortunately, the crocodile, which is thought to be about 5 years old, had other plans and managed to escape, making its way back to the same spot, only this time it hid out in Naidoo’s garden with his dogs.

Naidoo stumbled across the crocodile this morning and Neville’s nephew, Skye Coulter, rushed out and managed to safely remove it.

He transported it back to Wolmaran’s home, where it will be securely and comfortably looked after until it is ready to be released.