A total of 28 suspects have been arrested so far, eight firearms including five AK-47s, two rifles and a 9mm pistol were recovered. 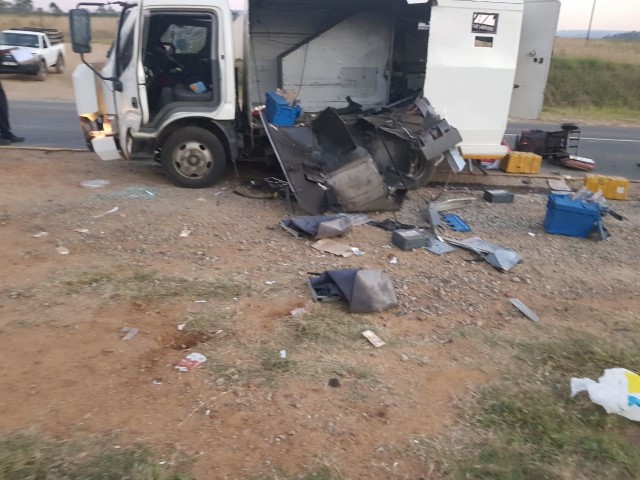 CIT heist on the R38 near Barberton.

“The police further recovered seven luxury vehicles which are believed to have been used during the commission of crime.”

The arrested suspects already appeared before different magistrates’ courts in the province.

“Some were kept in custody whilst some are out on bail with strict conditions,” he said.

The provincial commissioner of the police Lt-Gen Mondli Zuma assembled the operation, which is led by a senior police officer and consists of different units within the SAPS, such as the Detective Services, Hawks, Crime Intelligence, Tactical Response Team as well as the Flying Squad.

‘’CIT heists and other related crimes are occurring at almost all parts of the province, and the perpetrators thereof are daring and always dangerously armed, which is a clear signal that they are ready to kill.

“Therefore, it is important for the community to work closely with the police by not confronting such dangerous characters but to report them to the police who are mandated and capacitated to arrest criminals,’’ Zuma said.