The couple reached out to the 'doctor', who had been referred to them by a family friend, after falling on hard times, and hoped his services would help get them back on their feet. 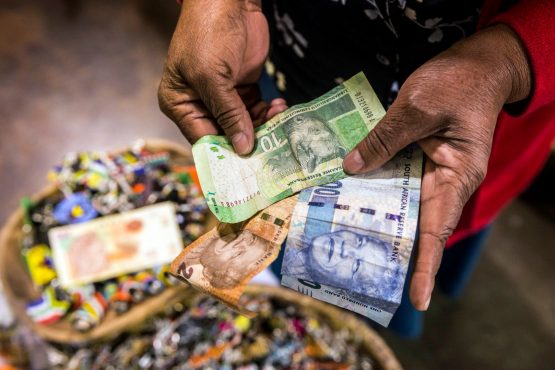 An elderly couple from Vryheid in KwaZulu-Natal were recently scammed out of approximately R12 000 by a man claiming to be a herbalist, practising in Dundee.

Raymond Naidoo, 60, and his 55-year-old wife Rachel* told the Northern Natal Courier that they had been facing financial difficulties in their family in Vryheid, and had hoped Dr Axa* was going to assist them in a ‘traditional manner’ to get them back on their feet.

Naidoo said Dr Axa had been referred to them by a close family member, whom he had allegedly helped overcome an undisclosed sickness.

Naidoo explained that the couple had invited the ‘doctor’ into their home.

“The money that we paid him was our hard earned money, our blood sweat, and tears.”

The couple complied, and when they returned, Dr Axa burnt what they assumed was the money they had just given him in the cloth in front of them. The ashes were buried in their garden.

Later, they met him at his Dundee residence, where he told them that they must empty their bank accounts and take the cash to their home in Vryheid. He showed the couple a bag of R200 notes and said the money could be theirs if they followed his instructions.

They returned to Vryheid, but decided not to clear the bank accounts as they began to realise that Dr Axa was not as reputable as he claimed to be.

“We invited Dr Axa into our home thinking he was going to help us. The sad part is that we have not recovered our money and the police can’t get involved because he did not force us into this. The money that we paid him was our hard earned money, our blood sweat, and tears.

“We know that we won’t get the money back, but we are hoping that we can at least make people aware that Dr Axa is not as reputable as he claims to be.

“We are also hoping that more people can come forward so that we can put a stop to this,” said Naidoo.

*Names have been changed to protect the identity of the victims.