Despite plans to extend the runway, as well the resumption of flights to and from Cape Town to Pretoria has not yet been discussed. 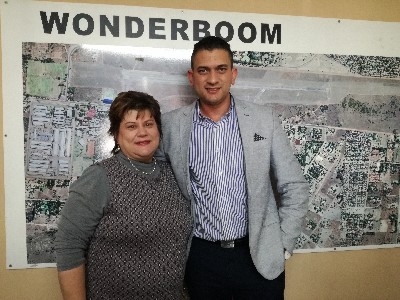 Wonderboom national airport in the north of Pretoria could not say when its Pretoria-Cape Town flights would resume, even though it had plans to extend runways at the airport, reports Pretoria North Rekord.

“This would be the solution to enable trusted, low-cost airlines to provide national flights from the airport.”

Mohamed could, however, not supply additional information on how long this would take or how much it would cost.

Commercial flights between Pretoria and Cape Town were suspended in May last year.

This was after the Civil Aviation Authority (CAA) found in 2017 that the airport had to make several changes and improvements to carry on providing national flights.

The suspension caused inconvenience for local commuters as well as other people from nearby provinces, who had to drive much further to and from OR Tambo or Lanseria.

PAS had since fixed the problems identified by the CAA, including the removal of rubber build-up from the runway.

Mohamed said other improvements made included the upgrade of the roads inside the airport and the perimeter fence.

Last year, the airport received its renewed licence. This meant that it could once again accommodate commercial flights to Cape Town and other destinations.

However, these flights have not been resumed since then.

“It all depends on the airlines,” said Mohamed.

“We have been engaging with trusted airlines to resume the Cape Town-Pretoria flights once again,” said Mohamed.

Ward councillor Lenise Breytenbach said the new Tshwane mayor would soon be invited to a meeting at the airport, where scheduled flights and further development would be discussed.

“We think we might then have a better indication of when Cape Town-Pretoria flights can be resumed,” she said.