Dog put down after attack on young kids in Kempton Park

One seven-year-old was left with a cut on her head and bite marks on both arms, and two others were injured after being attacked by two dogs. 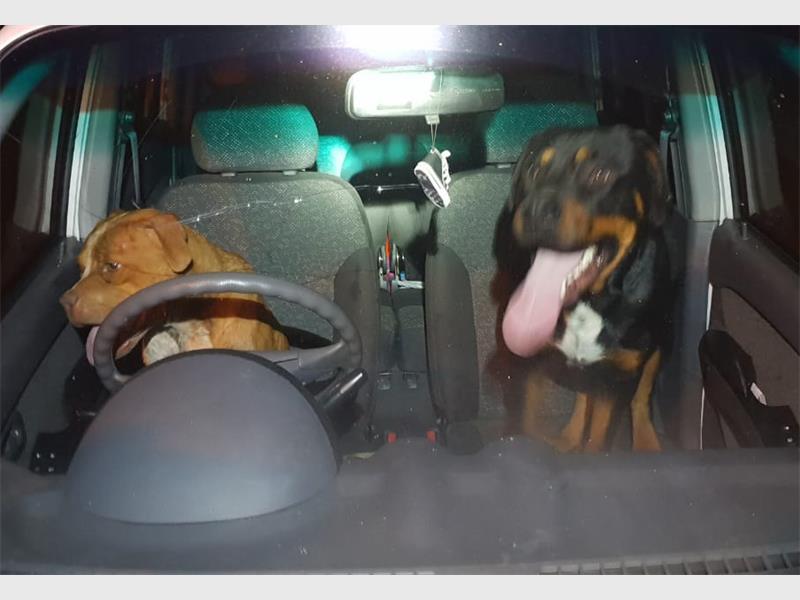 This light-brown mixed-breed bitch was euthanased after an attack in Birch Acres. The young Rottweiler remains in custody of the SPCA. Photograph: Sec Pros Security.

One of the two dogs that attacked three young children in Birch Acres on March 15 was put down.

“It was very aggressive,” Kira Sparrow, manager of Kempton Park SPCA, said about the light-brown bitch. Sparrow added that the mixed-breed animal was humanely euthanased, but would not specify when it was done, reports Kempton Express.

The second dog, a young Rottweiler, remains in the custody of the society. According to Sparrow, it is likely to be put up for adoption soon.

Kempton Express reported earlier this week that medics tended to a young girl who had slight injuries from a dog bite at around 6.30pm.

One girl had minor injuries, while the other was thrown to the ground. She had a cut to the side of her head and bite marks on both her arms.

“Medical personnel and residents scattered out of fear of being bitten,” Groenewald added.

Chantel Pretorius wrote on Facebook that her parents lived close to where the incident took place and assisted where they could. “It is very unfortunate that the kids were bitten, but a dog feels threatened when you start messing around with their pups.”

She added that the dogs were petrified when they were found.

The original story drew the attention of readers, with many siding in favour of the dogs.

“It’s always easy to blame the dogs. Why not question what the kids did to provoke the dogs?” asked Filicity Bauer on Kempton Express’ Facebook page.

“Don’t say it’s the owner’s fault or the dogs must be killed, kids need some training.”