16-year-old Chaos was diagnosed with skin cancer in mid-April and underwent his first radiation treatment at a Mediclinic in Pretoria. Kara Heynis, the manager of the zoo in Midrand, said 16-year-old Chaos was diagnosed with skin cancer in mid-April.

“After much deliberation, we decided to move ahead with the radiation treatment.

“Chaos was treated in Pretoria for his first session and will receive three more treatments,” said Heynis.

She said the treatment procedure was extremely quick, as it took only about five minutes for the radiation. 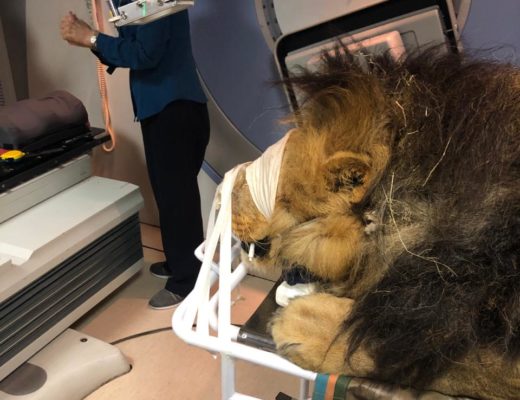 She said Meulmed was the best choice, as the clinic had offered their services to animals before and worked closely with Onderstepoort veterinary clinic. She said staffers and zoo frequenters had been very worried about Chaos.

“He is like our child here at the zoo. Chaos is a big teddy bear full of love!”