The motive behind the woman jumping to her death has not yet been established, nor has her next of kin been notified. Authorities on the scene conducting investigations.

A 42-year-old woman died after she allegedly jumped from the second floor near the food court at Eastgate Shopping Centre on Thursday, reports Bedfordview Edenvale News.

Bedfordview SAPS spokesperson Capt Andrè De Jager said the woman has been identified, although the next of kin has not been notified.

“She jumped from the second floor. We do not know what her motive could’ve been,” said de Jager. He said that paramedics were on the scene and declared the woman dead. 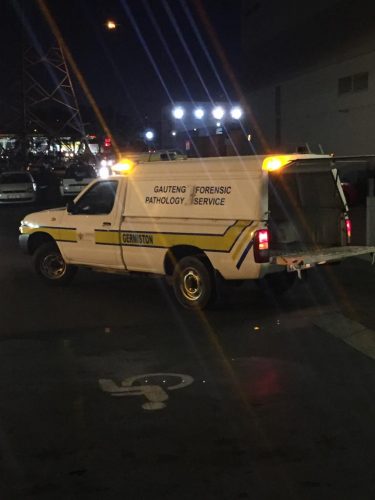 The body being removed from the scene by Gauteng Forensic Pathology Services.

An inquest docket has been opened.

In a post on its Facebook page, Eastgate Shopping Centre said the incident occurred at approximately 1.40pm.

“ER24 paramedics responded to the scene immediately and attempted to resuscitate her. She unfortunately died as a result of her injuries,” the statement read.

“Eastgate Management sends its deepest condolences at this time to the family of the deceased.”

A witness, who asked not to be named, told Bedfordview Edenvale News he was “deeply disturbed” by the incident.