City of Joburg to put cleaners on its books – Mashaba

Mashaba regarded this as a death knell for 'tenderpreneurs', and a way of empowering women who have not been on the council's books for years. 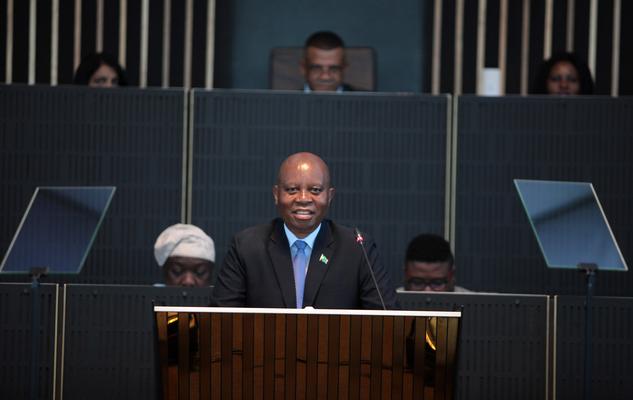 Mayor of Johannesburg Herman Mashaba is seen at the state of the city address at the chamber of councillors in Braamfontein, Johannesburg, 30 April 2019. Picture: Nhlanhla Phillips/ African News Agency (ANA)

The City of Johannesburg will be insourcing, or directly hiring 1,879 cleaners, starting with 450 who will go on the metropolitan municipality’s books, a statement from Mayor Herman Mashaba’s office said on Thursday.

“These cleaners previously earned a mere R3,000 per month, while the City paid around R6,500 per cleaner to the outsourced companies they worked for,” said Mashaba.

“These cleaners will now be able to take home more than R4,000 per month after deductions from a salary of around R5,600.”

Their perks will include a pension and medical aid.

Mashaba regarded this as a death knell for “tenderpreneurs”, and a way of empowering women who have not been on the council’s books for years.

“We are thrilled with it. The City should have its own workforce,” said Mark Gericke, the regional director of the Independent and Municipal Allied Trade Union (Imatu) in Johannesburg.

He added the outsourced cleaners were not union members yet because the City would not recognise a union they belonged to, but once they were on the books, Imatu intended to lobby them to join.

Gericke said about 80% of the security guards, who were recently insourced, were Imatu members, and although the insourcing was positively received, it was not all smooth sailing.

He explained it was done hastily so there were hiccups with getting uniforms and clearance certificates, and they were still clarifying how overtime pay would work because the guards worked long hours.

Deciding who would work where also had to be ironed out.

“Those were the only real problems. People are generally happy about it,” Gericke said.

News24 previously reported the guards were supposed to start on July 1 but it was postponed to October 1 due to glitches in the verification system.

Around 3,700 security guards are expected to benefit. They will be paid about R7,400 per month, excluding benefits such as a pension fund, medical aid and funeral cover.

Mashaba claimed guards were paid less than R4,000 per month, while the companies they worked for received around R12,000 per person, adding the council paid R700 million per month to “politically connected” companies.

Further details will be revealed at a press conference on Saturday.

ActionSA answers five questions about what makes them ActionSA
1 day ago
1 day ago
PREMIUM!

ActionSA answers five questions about what makes them ActionSA
1 day ago
1 day ago
PREMIUM!