The minors from a primary school in Mangaung are among six children currently admitted to the Pelonomi Tertiary Hospital. 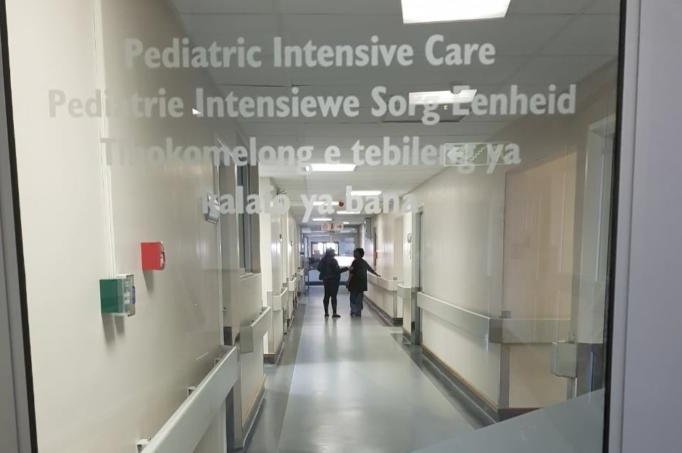 The entrance to the Pelonomi Tertiary Hospital ward where the primary school learners are being treated after allegedly eating a poisonous substance. Image: Bloemfontein Courant

The lives of two more primary school learners hang in the balance after they allegedly ate what is reported to have been poisonous chocolate, which already claimed the life of one child on Wednesday.

The minors from a primary school in Mangaung are among six children currently admitted to the Pelonomi Tertiary Hospital, reports Bloemfontein Courant.

According to Free State health Department spokesperson, Mondli Mvambi, the two youngsters are in the intensive care unit at the pediatric ward of the hospital, in Bloemfontein.

“We can confirm that six children were admitted to the Pelonomi Tertiary Hospital after ingesting a suspected poisonous substance. Two of the children are in ICU and four are in the general ward,” he said.

On Wednesday, seven children were rushed to a local clinic after they ate what is reported to be chocolate laced with poison. One of them passed away while under treatment at the clinic.

According to Mvambi, the poisonous substance is yet to be identified.