"This time, the mambas were battling it out in the neighbour's front yard! The homeowner spotted them from her kitchen window. What a sight to behold!" said Evans. 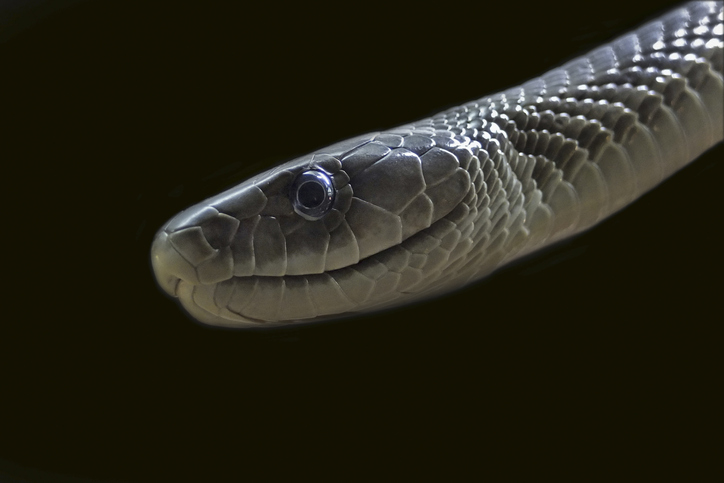 A female black mamba appears to be bringing boys to the yards of Escombe, where two male snakes have been battling it out for her affection.

Escombe was turned into a wrestling area for the two large male black mambas for the second time this week, as they decided to duke it out for the female.

Veteran snake catcher Nick Evans was called out when the wrestling pair was spotted in a front garden in Phillips Road.

Evans had visited the area earlier this week after a resident alerted him to two snakes “dancing” in a neighbouring backyard. It turned out to be two mambas vying for a female snake.

Then, on Friday, Evans had just sat down to lunch when he received a call informing him that two snakes were fighting.

“This time, the mambas were battling it out in the neighbour’s front yard! The homeowner spotted them from her kitchen window. What a sight to behold!” said Evans.

A crowd had gathered to watch the spectacle, but Evans had missed all the action and the snakes were high-tailing it to the back of the property. One was working its way up a retaining wall, while another was seemingly in a drain.

Evans approached the wall-climber first, but it quickly reconsidered its escape route.

“I think I realised it would be vulnerable trying to escape up the wall. So it turned and dashed in my direction! I took a few quick steps back, like a talented dancer. The mamba turned away from me, and I pinned it down. I picked up the mamba and turned around. As I turned, I spotted the second one. It was up against the wall, at the edge of the corner. I was horrified! It could have bitten me as I came around the corner, or I could have stepped back into it while dodging the first one,” he said.

Evans quickly checked his legs for bite. Fortunately, he sustained none.

The second snake had slithered onto the patio in the meantime.

“I got the tongs on it, and then grabbed the head, as the tail wrapped around the loose gutter pipe. It looked as if the snake would pull the whole thing down! Thankfully, once securing the head, I unravelled the tail, with the gutter pipe still attached to the wall.”

Both males measured 2.5m and had managed to draw blood – a rare occurrence.

“Generally, they don’t bite each other. I’ve caught a few combating males and have never seen blood on them… The snakes are still extremely healthy. Just tired,” Evans said.

Evans is carrying out research on black mambas with the University of KwaZulu-Natal and the snakes will be micro-chipped, and a DNA sample taken, as part of that research.

Since the female snake is still in the area, more male mambas could visit to try to mate with her, Evans said.

He cautioned residents to steer clear and contact a professional snake catcher.