No water since 2018 – the plight of Qwaqwa villages

About 90 villages in Qwaqwa, Free State, remain without water, even though R220 million was allocated to fix the water crisis.

About 90 villages in Qwaqwa in the Free State remain without water though R220 million was allocated to fix the water crisis. Water was intermittent in 2019, then taps ran completely dry in 2020.

Many villagers have to buy water, sold by people with bakkies at R500 for 1,000 litres. Water was intermittent in 2019, then taps ran completely dry in 2020.

“It’s been over a year now with these R500s I pay for water. I could have done something else [with the money],” said villager Khotso Motaung. “We have three dams but none is useful to us.’’

Ward councillors are meant to coordinate with the villagers the rotation of water trucks doing the village rounds. Motaung said villagers wake up early to try and beat queues, when they hear its their turn for the truck, but normally the trucks only arrive between 10am and 11am.

Steve Motale, spokesperson for Minister of Human Settlements, Water and Sanitation Lindiwe Sisulu, said the department had allocated the Qwaqwa water project R220 million in February 2020, when villagers had taken to the streets in protest. He said the project was far advanced and about 70% of the funds had been released already.

Sedibeng Water Supply is the implementing agent. A 3km pipeline from UNIQWA Reservoir to Phuthadithjaba has been laid. The project will integrate and augment the Fika-Patso dam system.

Maluti-A-Phofung Municipality spokesperson Teboho Kwakwa referred all queries to “Sedibeng Water as they are the custodians of the project”.

Sedibeng marketing and communications manager Ndoyisile Alfred Theys said, ‘’The fundamental issue was that the dams, where we are supposed to draw water from, were completely not maintained. So we had to start from scratch.”

He said they had asked the government for a R50-million top-up to complete the project, but were still waiting for the funds.

However, ten boreholes had been sunk and 1,400 water tanks delivered to the villages, with 600 more water tanks still to be delivered.

Ward 23 Councillor Elias Sefatsa, elected as an independent in 2019, said, “I wish those people who left the water pipelines will come and wrap up their work.”

“It really breaks my heart to see my community suffering from water crisis, because I remember last year we were all happy when we saw people installing water pipelines having in mind that we are no longer going to suffer. But things did not turn out the way we anticipated. Instead of meeting our needs they left our roads with deep holes and it becomes difficult for cars to pass.”

“We’re now living during pandemic times and they [the people] still rely on Jojo tanks and they don’t follow the rules and regulations of Covid 19 due to long queues.” 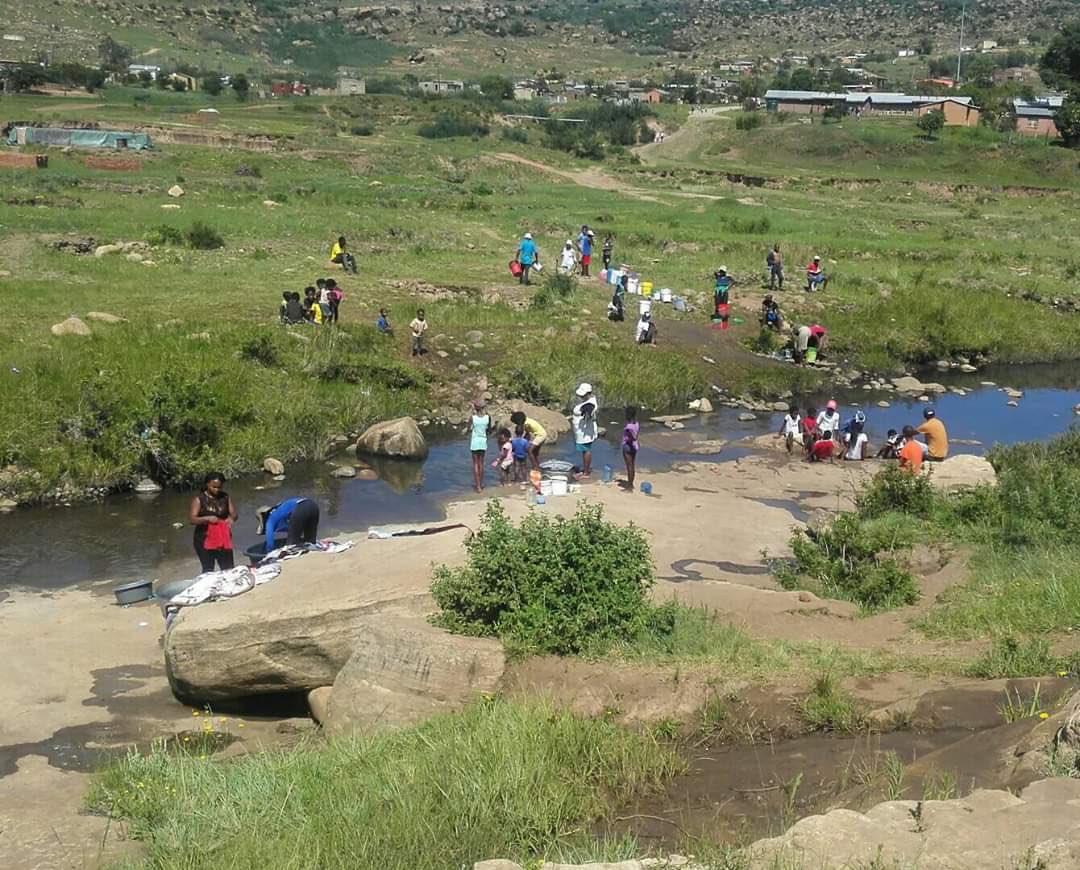