No sailing, canoeing or rowing in CT after sewage spills spike E.coli levels

Pollution in the Zandvlei Estuary, Zeekoevlei, and Rietvlei has reached dangerous levels, leaving sports clubs in the lurch. 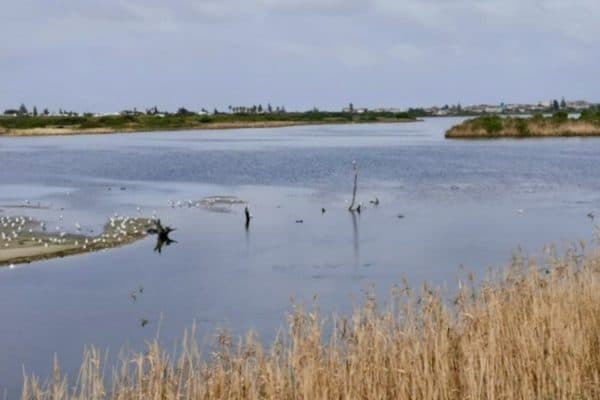 Recreational sports clubs located around three of Cape Town’s major waterbodies have lost faith in the City’s efforts to effectively manage pollution levels in the Zandvlei Estuary, Zeekoevlei, and Rietvlei.

These three waterbodies have been closed for weeks due to sewage spills and there is no clear indication as to when they can reopen to the public.

Sports clubs surrounding the three vleis have suspended all their activities, such as sailing, canoeing, and rowing, indefinitely.

In the cases of Zeekoevlei and Zandvlei, the cause of pollution has been linked to sewage spills causing high counts of E.coli (a bacteria found in human faeces) in the water.

In Zandvlei, which closed about two months ago, “elevated risk to human health” resulted from the failure of a sewage pump at the Clifton Road pump station that caused sewage to flow into the water, the City said in a statement. The City also said that it would continue monitoring the water quality.

In Zeekoevlei, which has been closed since 6 July, “ongoing flow of sewage” from the Cape Flats Wastewater Treatment Works caused a sewage spill, according to a City statement from 14 July.

The Western Cape Department of Environmental Affairs has since issued a pre-directive to the City to provide a “rehabilitation plan with adequate remedial measures” to fix the faulty manhole leaking sewage into Zeekoevlei.

The City confirmed on 27 July that it would be doing rehabilitation to the area that has been damaged, according to Tom Schwerdtfeger, the vice chairperson of the NGO Friends of the Zeekoevlei and Rondevlei, as well as a member of the False Bay Nature Reserve Protected Areas Advisory Committee.

At Rietvlei, which has been closed for just over a month, the City has not yet determined the cause of the pollution. In a statement, the City said that investigations were underway, and that the vlei was closed due to “results of sampling which indicate the water quality has deteriorated below levels deemed safe for intermediate recreational contact”.

Rietvlei drains into the Diep River which affects the Milnerton lagoon.

Sports clubs kept in the dark

Estelle Jacobs, chair of the Peninsula Canoe Club (PCC) at Zandvlei, said that there has been a lack of transparency from the City about the water quality, despite the City conducting water quality tests at Zandvlei every week.

“It’s all good and well to say that the results and E.coli levels are high but when we asked for the results, these aren’t published and they’re not made available,” Jacobs told GroundUp.

In a recent letter, the PCC implored the City to consider opening Zandvlei to allow their members and athletes to continue with their daily training programme, as well as for the City to share their plans to resolve E.Coli levels.

The MAC has also had to suspend all of its sailing activities until they could be sure the water quality has reached a safe level.

Karen Slater, manager of the Zeekoevlei Yacht Club (ZVYC), said that the MAC at Rietvlei offered their members goodwill membership for the period of time that the Zeekoevlei would be closed for its annual draining, which is usually done during winter, but that this would not be possible now due to both being closed.

Slater said that the ZVYC is home to many other sailing and rowing programmes and that the indefinite closure of Zeekoevlei will affect the income of their teachers and the club. Slater also said that she is worried about the potential of algae blooms.

“As a club we rely on our membership and our club activities to remain open so that we can have an income and keep our club going. But when the vlei is closed, it means our junior sailing holiday clinics, our ladies programmes that we run during the week, and the schools that come regularly … all of that we have to stop,” said Slater.

Xanthea Limberg, Mayco Member for Water and Waste, said the City is “continuing to monitor the water quality at the Rietvlei, Zeekeovlei and Zandvlei waterbodies, which remain temporarily closed to the public for recreational purposes, until water quality tests confirm they are safe for use”.

“Due to the high E. coli count, the water quality in the three vleis remain above levels deemed safe for intermediate recreational contact.”

This article first appeared on GroundUp and was republished with permission. Click here to read the original article. 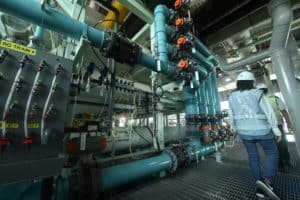 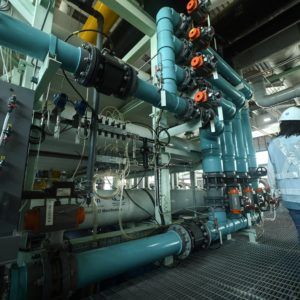