It has been reported that the boy drowned in their swimming pool at home. 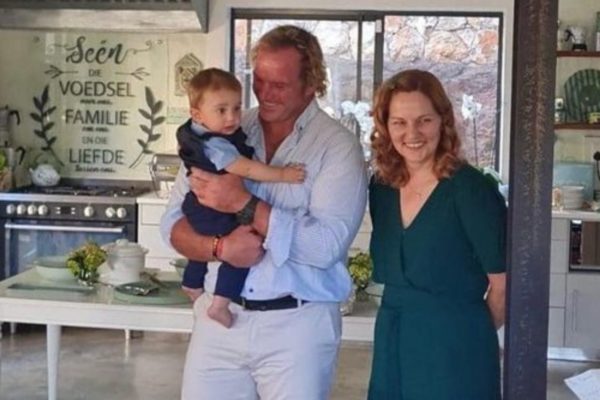 In the post, he said, “Please pray for Jannie du Plessis and his family. His son of one-year-old drowned last night. My heart is broken broken broken.”

It has been reported that the boy drowned in their swimming pool at home.

In a Facebook post, Van der Linde said the boy was christened on Sunday and drowned on his father’s birthday.

The Potchefstroom Dorp Rugbyklub extended its condolences to the family.

“We are praying for peace and acceptance from our heavenly father. We also ask our Creator for strength to recover and the ability to answer difficult questions from scripture.”

Du Plessis, a veteran of the Springboks, joined the Lions from Montpellier in France in 2019 after previously playing for the Cheetahs and Sharks.

His brother Bismarck, also a World Cup winner in 2007, also played at Montpellier, before joining the Bulls a few months ago.

This article was originally written by Natasha Pretorius and published on the Krugersdorp News, a division of Caxton Publishing.